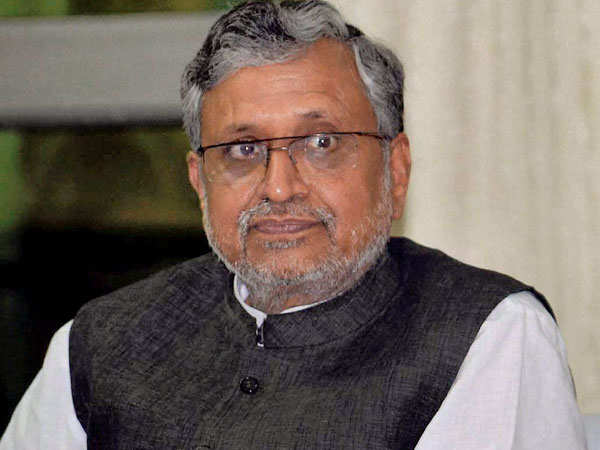 Patna: Bihar deputy chief minister Sushil Kumar Modi on Friday sharply criticised the leader of Opposition in the state Assembly Tejashwi Yadav for his decision to stage a dharna in New Delhi on Saturday over the Muzaffarpur shelter home sexual abuse scandal.

The senior BJP leader asserted that with the case having been handed over to the CBI and the Supreme Court having taken suo motu cognizance of the matter, there was no scope left for politics and the proposed dharna at Jantar Mantar will “only bring shame to Bihar”.

Yadav on Thursday announced his decision on Twitter to stage a dharna at Jantar Mantar on 4 August and according to party sources, he may be joined by Congress president Rahul Gandhi at the sit-in protest.

Delhi chief minister Arvind Kejriwal had also hinted at the possibility of his participation by retweeting a journalist’s post to the effect.

Meanwhile, Yadav put out a fresh tweet on Friday calling his proposed protest “rage against rape” and appealed to the people to support the protest.

“…let us shine a light on the epidemic that is corroding our national pride. Join us at Jantar Mantar for a candle light march in support of the Muzaffarpur rape victims,” Yadav tweeted.

Sushil Modi said the actions taken after the matter surfaced leave no scope for politics.

“The state government has handed over investigation of the Muzaffarpur shelter home case to the CBI and the Supreme Court, having taken suo motu cognisance, is determined to bring the guilty to justice. This leaves no scope for politics,” Sushil Modi tweeted.

“Still, if Tejashwi Yadav wants to stage a dharna at Jantar Mantar, then he will only bring shame to Bihar. His recent bicycle rally on the issue of shelter home scandal was a complete flop”, the deputy chief minister added.

“Before the case was handed over to the CBI, ten people had been arrested and charge sheet filed against them in court. Now a request will be made to the high court for monitoring of the investigation. The Opposition has played no role in bringing justice to the aggrieved girls”, Sushil Modi said.

Bihar chief minister Nitish Kumar has also expressed remorse over the sexual abuse of girls at the state-funded shelter home in Muzaffarpur, saying those guilty of transgressions would not be spared.