The number of GST slabs can be reduced to three from five for the convenience of consumers and businesses, Bihar Deputy Chief Minister Sushil Kumar Modi.

Mr. Modi, who heads a high-level ministerial panel on GST, said on Sunday that there was an intention to have only three slabs, but it would take some time as it was related to the States’ revenue.

He said that after the implementation of GST, the council had to initially ensure no revenue loss and later, the rates on many items were gradually reduced with the stabilisation of revenue. He said the average monthly GST revenue was approximately ₹95,000 crore and hence, the rates were being reduced. 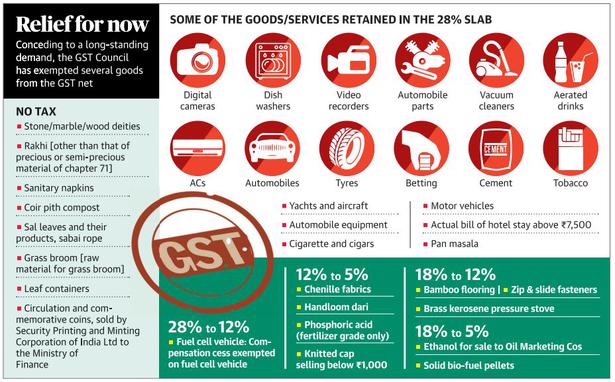