Ice-T’s wife Coco Austin has never been one to be afraid of flashing the flesh.

The blonde bombshell is every inch the modern-day pin-up and always manages to serve serious curves.

The voluptuous vixen even claimed she was the originator of the big booty trend before the likes of Kim Kardashian and Nicki Minaj.

And much to the delight of her three-million-strong fanbase, Coco is constantly flooding the official Coco Austin Instagram page with seriously-sexy snaps.

Recently I said I was gonna post more older modeling pics,some never seen before. Alot of you write in and say you need your “Coco Fix” which is cute so I’m gonna give it a try each week. #TheCocomagazine Vegas Issue Outfit – @staceylindedisney

Yes! I once had my own magazine. It was called The “Official Coco Magazine”.. From front to back pics and interviews ..each issue was shot in a different city.. Really great stuff.Even a poster came with it. I may have to bring back the same concept..

Her latest gallery of gorge certainly didn’t disappoint as Coco dared to bare for the camera.Sharing two smoking-hot throwback snaps, Coco revealed that they were ripped from the pages of her Old Official Coco Magazine.And we are sure this issue flew off the shelves thanks to the blisteringly-hot content.

Stripping down to lingerie, Coco put her breast-foot-forward in one of the pics as her assets erupted from a scarlet feathery bra that was three sizes too small. 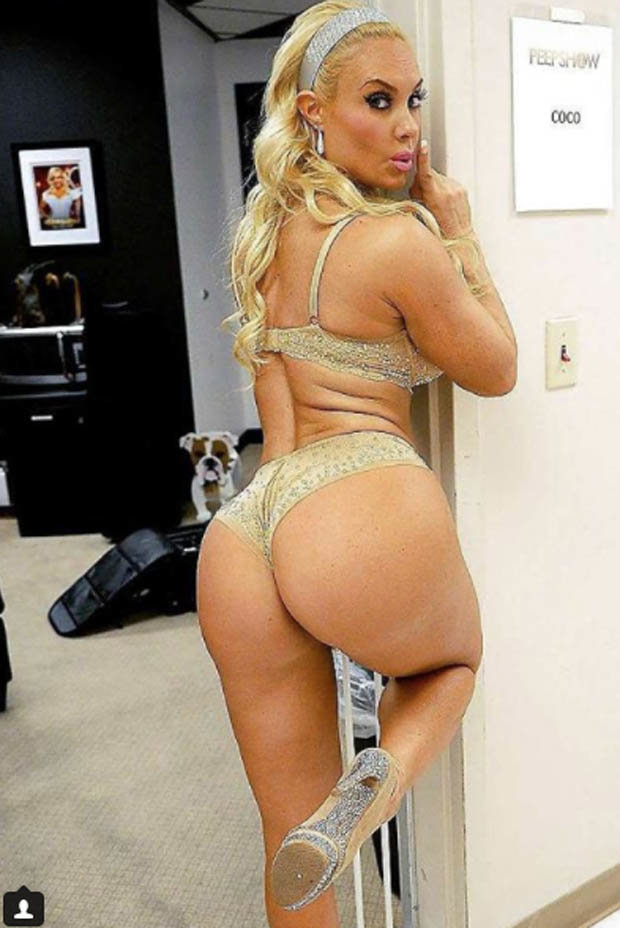 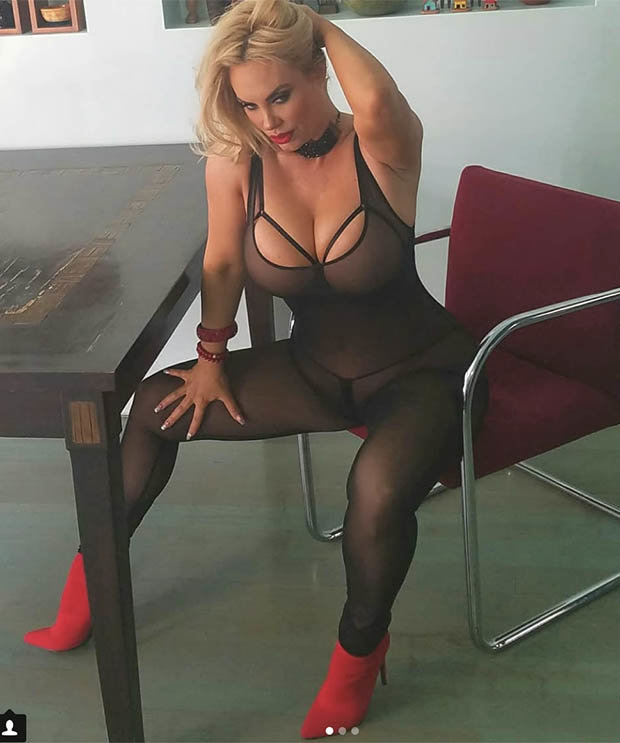