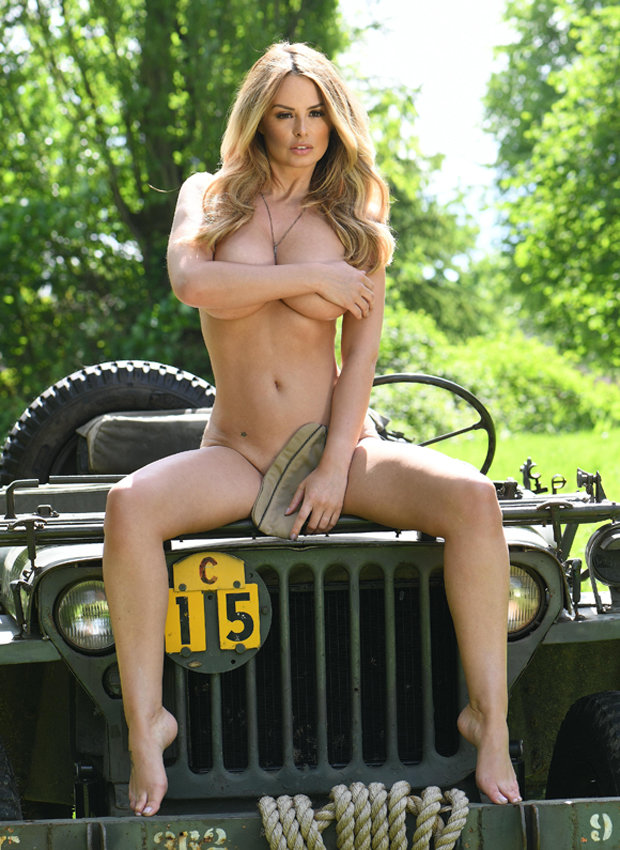 While the big day which celebrates the best of the British Army and Navy isn’t until June 30, Rhian has made sure everyone is in the celebratory mood.

The blonde beauty has teamed up with Bodyinmind.com for an impossibly hot photoshoot.

Taking off every single piece of clothing, the former Page 3 babe left almost nothing to the imagination.

Sitting on the front of a Jeep, Rhian proudly flaunted her trim figure as she posed up a storm. 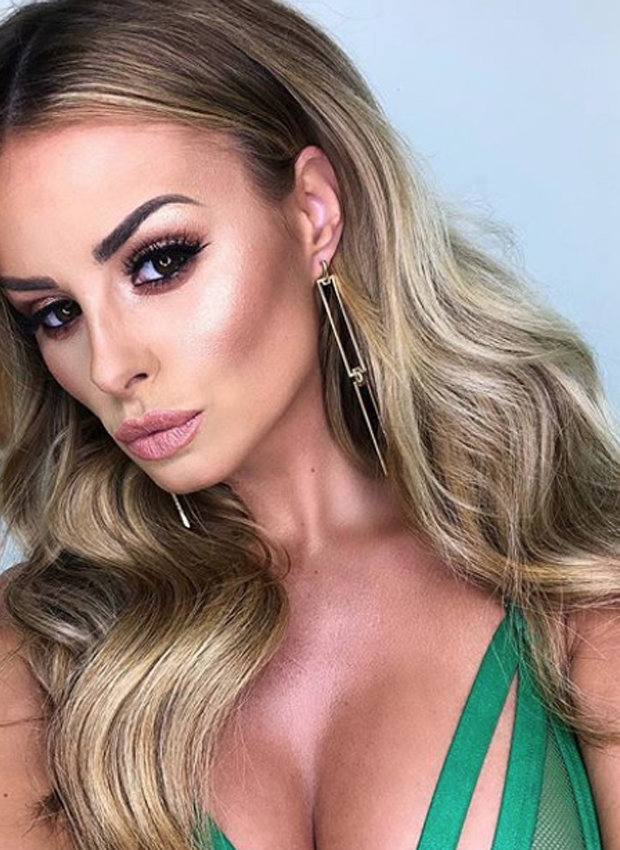 STRIKE A POSE: Rhian shows off her best pout 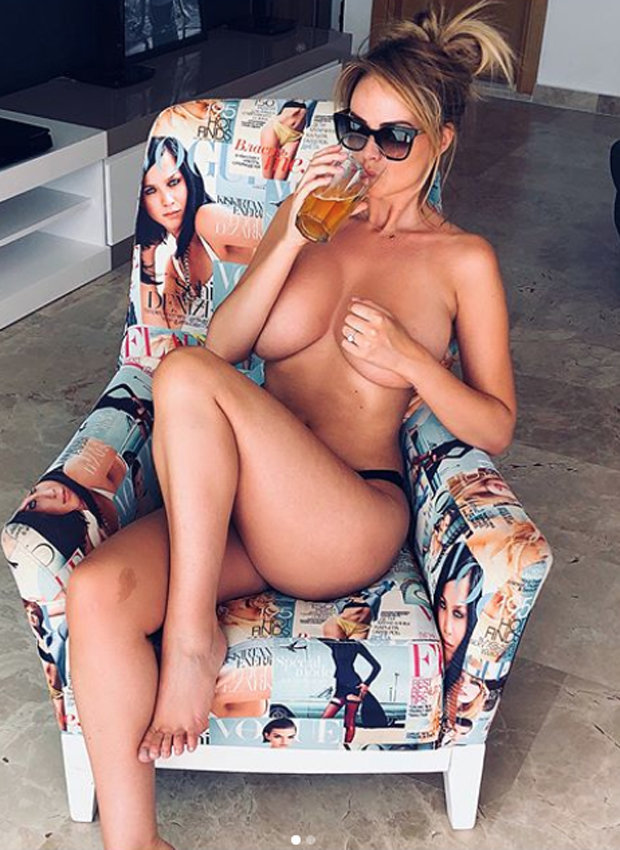 Dressed in nothing but her birthday suit, the 31-year-old clutched at her larger-than-life breasts.

Keen to protect her modesty, Rhian used a strategically-placed limb to make sure her nipples were covered.

Spreading her legs wide, the blonde babe sent temperatures soaring as she teased her most intimate area.

Sending imaginations into overdrive, Rhian covered her nether regions with an army cap.

However, don’t get too excited folks – Rhian is already off the market. 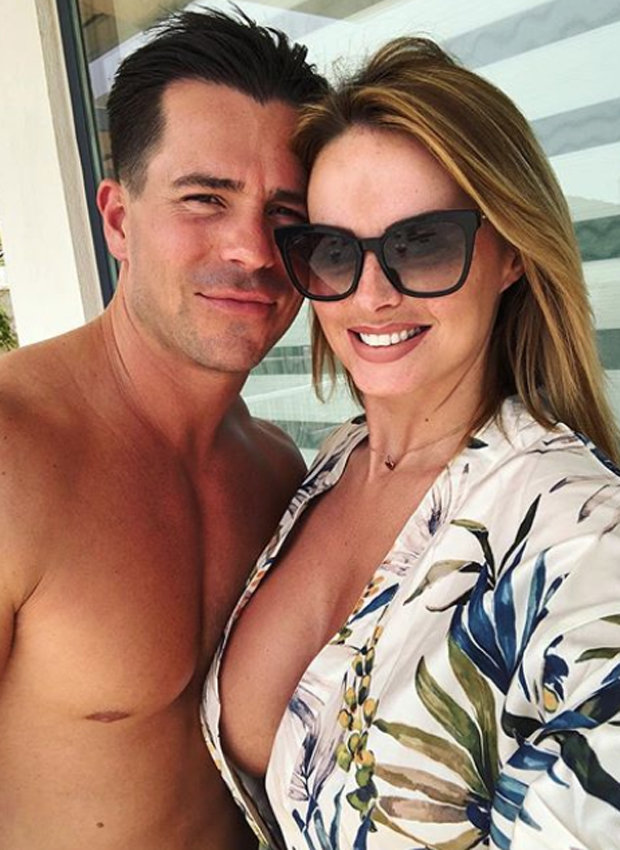 LOVED UP: Rhian Sugden and Oliver Mellor are set to get married later this year

The Manchester-based duo are set to walk down the aisle later this year after a prolonged engagement.

While the exact date of the big day is unknown, Rhian was spotted wedding dress shopping in Manchester last month.