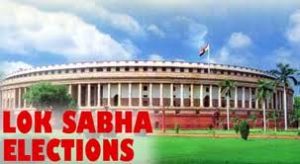 Patna: Altogether 117 candidates remained in fray for the seven of the 40 Lok Sabha seats in Bihar, which will go into the second phase, after the deadline for withdrawing nominations got over on Saturday.

Among these, Nalanda, which is better known as the ancestral place of Chief Minister Nitish Kumar, has the maximum 22 candidates.

Pataliputra, with 20 candidates in fray is hogging the limelight as RJD president Lalu Prasad’s eldest daughter Misa Bharti is pitted against his former trusted colleague-turned-foe Ram Kripal Yadav who is contesting on a BJP ticket.

At the Patna Sahib constituency, from where sitting BJP MP and cinestar Shatrughan Sinha is contesting, has the second largest number of candidates with 19 in fray.

Buxar with 16 candidates, Jehanabad with 15, Munger with 13 and Ara with 12 contestants come down the line.