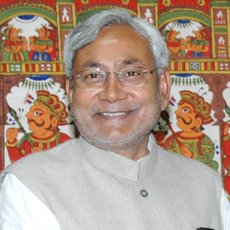 Patna: Highlighting achievements of his government, Chief Minister Nitish Kumar today said as many as 1200 bridges have been constructed during over his eight year rule to improve road connectivity in Bihar.

As against 375 bridges constructed in 30 years between 1975-2005, his government has built 1,200 bridges in eight years to improve road connectivity in Bihar, Kumar said while addressing a public meeting at the Teachers’ Training College at Tarar in Aurangabad district after laying the foundation stone through remote control of a four-lane RCC bridge on Sone river connecting Daudnagar-Nasriganj at an estimated cost of Rs 819.28 crore. Once ready for use, the proposed bridge will reduce travelling distance between Bhojpur and Magadh region, Kumar said, adding he was glad to meet the longstanding demand of the local people about the need for a bridge over Sone river.

The proposed bridge will also boost the tourism sector by reducing travelling distance between Kushinagar and Bodh Gaya and will lead to overall development of the region, the Chief Minister said. Kumar said keeping in view the importance of road infrastructure for connectivity and development of all regions of Bihar, his government has built bridges on major rivers like Ganga, Gandak and Koshi and many more such projects were in the pipeline.

The Chief Minister said his government has launched an ambitious agriculture roadmap for agrarian development of the state so that farmers could get better price of their produce. Kumar, upon reaching Patna from Aurangabad district this evening, left for New Delhi to discuss contours of a prospective third or federal front with leaders of like-minded political parties ahead of the general elections.