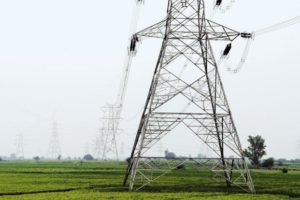 PATNA: Work on replacement of 71,672km damaged power cables that transmit electricity across 38 districts of the state is expected to begin by the end of May.

Last year, the state government had sanctioned Rs 2,827.51 crore for the project that is likely to be completed in three years.

“Of the total amount that was sanctioned, Rs 1,520.62 crore will be used for replacing 39,541km power cables in north Bihar region (Muzzafarpur, Vaishali, Sitamarhi, Siwan and Gopalganj, among others). Similarly, Rs 1,306.89 crore will be used for changing 32,131km cables in south Bihar (Bhagalpur, Munger, Nalanda, Patna, Bhojpur, Gaya and Sasaram,” a South Bihar Power Distribution Company official said on Monday.

Tender for the project has already been awarded to various agencies for working in different circles and zones of the state. “At least seven agencies will work in south Bihar, covering 17 districts and another seven in the remaining 21 districts of north Bihar,” the official said.

The power cables usually get damaged due to continuous overloading which means that the demand is increasing.

According to the official, “Damaged, loose and weak electric cables can result in disruption of power supply and even casualties. Once they are replaced with new aerial bunched cables, there will be lesser number of accidents, power disruptions and electricity theft.”