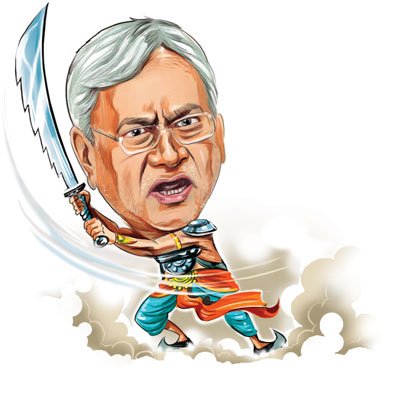 Patna: Bihar’s ruling Janata Dal-United (JD-U) has set up a ‘war room’ ahead of assembly elections on the advice of a former aide to Prime Minister Narendra Modi.

It was one of the many ideas suggested by Prashant Kishore, who assisted Modi during the 2014 Lok Sabha polls, a JD-U leader said.

Kishore also asked JD-U spokespersons to give a ‘balanced response’ when allegations are hurled against the the party.

Kishore, who is now pitching for Chief Minister Nitish Kumar’s victory in the Bihar Assembly polls likely in September-October, also asked the JD-U to set up a ‘war room’ and improve its media cell.

Senior JD-U leaders K C Tyagi and Pawan Verma will be among those in charge of the ‘war room’.

Nitish Kumar on Tuesday launched a high-tech ‘Badh Chala Bihar’ (Bihar Forges Ahead) initiative to reach out to people to seek their ideas on issues of governance.