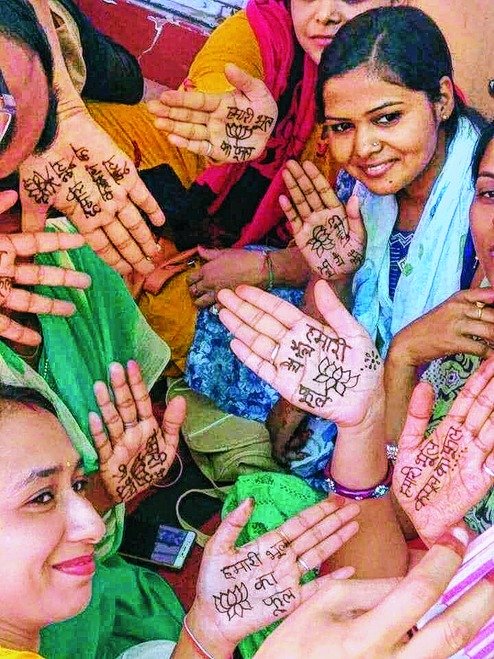 There have been many interesting events this week which caught my fancy. The farmer rally in Mumbai underlined the acute struggles which pepper the life of farmers in the country. In my opinion, waiving off loans is not a real solution. Farmers should be paid better rates for their meagre produce instead of giving loans and subsidies to big industrialists.

In another news, RBI has decided to not issue any more Letters of Undertaking (LoUs) and Letters of Comfort (LoCs) for trade credit for imports. This is one of the many moves the RBI plans to adopt after Nirav Modi’s escape from India and from paying the loans.

These moves will ensure that most work, involving bank guarantees and related transactions, be stopped with immediate effect. This will affect the economy in an adverse manner but that is not the real problem. The real issue is that Nirav Modi’s escape highlights few of the rare cases of the misuse of LoUs and needs to be handled with extreme care but that should not mean that the rest of the country’s honest businessmen should bear the brunt of Modi’s shameful flight.

This is the same logic which prompted many politicians and bureaucrats to ask girls not to step out of their homes after the Nirbhaya rape case in 2012. Anyone in their true spirit of social betterment would ensure that the accused are sentenced to harsh punishment as soon as possible. Stringent punishments serve the purpose of creating an exemplary harshness of the judiciary towards such culprits. Instead, we try to block anyone who wishes to venture into the world of trade or bus rides (as the case may be). Extreme form of precaution is decidedly different from prudent foresight, but can this be explained to those in power?

Well, the LoU step, along with the hopelessness with which the GST has been implemented has left the corporate world gasping for air like a drowning man with bad swimming skills. This can be one of the many reasons why the recent bypolls in Bihar and Uttar Pradesh have swung away from the ruling party. Amongst Gorakhpur, Phulpur, Araria and Bhabhua, only the last one has managed to retain BJP rule. The talk in political circles is about the unity of the Opposition. A strong Opposition must also be headed by a strong leader capable of strengthening the unity and expanding the Opposition base. Sonia Gandhi had recently organised a grand dinner in Delhi to huddle up the Opposition in a sort of pre-match spirit. It was attended by NCP, RJD, SP, BSP, Trinamul Congress, DMK and the Left parties among others. This was done a day before the bypoll results were announced and seems like a masterstroke at unifying one and all against whatever remains of the NDA.

Although, there are important concerns that one should keep in mind while analysing the BJP’s defeat: one, there have been some rumours of a rift between Modi (the Pradhan Sewak, not the escaped diamond seller) and Yogi. Two, those who are rejoicing in the poll victory are subscribing to the continued use of the EVMs since they have given a seemingly positive outcome. While the first one of the concerns must be studied with better knowledge of the in-fighting within the BJP, the second requires a better understanding of the EVM which is impossible since there is no way of familiarising oneself with the EVM software.

Any which way, the byelections have proved to be a major speed bump to the BJP juggernaut and a source of joy to the seemingly united Opposition. It remains to be seen if these trends continue in the upcoming elections or if the Shah-crusader manages to turn the tide.

One thing is clear: the Opposition needs to pull up its metaphorical socks to pose a decent battle to the rising wave of the Right. It is coincidental that the famous former judge and mayor of Mumbai, Nana Chudasama, had put out an interesting banner: “Right across India, ‘Left’ is barely left.” While Chudasama’s banners have become historic and iconic for their Tweets-like quality long before Twitter came into existence, I wish to point towards the bleeding bare feet of the farmers rallying in the Azad Maidan in Mumbai. Their red caps proved that Left might be bare-foot, it is definitely not “barely left” as claimed by Chudasama’s red banners.