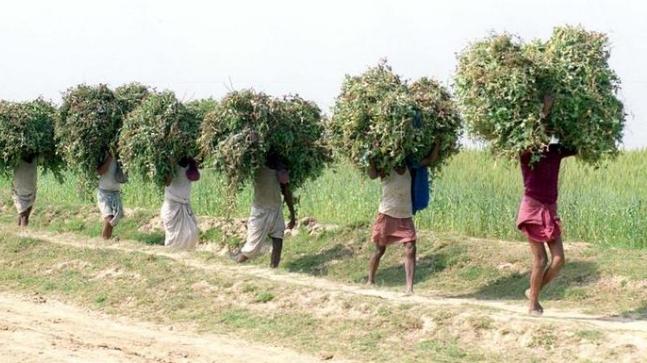 In what is being seen as a snub to Prime Minister Narendra Modi’s ambitious Pradhan Mantri Fasal Bima Yojana, the Bihar government has launched its own scheme — State Crop Assistance Scheme — in a bid to provide relief to farmers in an event of crop failure due to adverse weather.

This also makes Bihar the first state to launch its own insurance scheme for its farmers.

Till now, farmers’ produce in Bihar was covered under the Pradhan Mantri Fasal Bima Yojana. However, the state government was of the view that majority of the farmers were not deriving the benefits of this scheme.

Providing details of this state-sponsored scheme, Atul Prasad, Principal Secretary (Cooperatives), said that in accordance to Pradhan Mantri Fasal Bima Yojana, the Centre and state had to bear 49 per cent premium amount each while the farmer had to pay 2 per cent of the premium amount.

Prasad added that the state government paid Rs 491 crore as premium amount in 2016 while farmers were paid only Rs 225 crore by insurance companies.

This, he said, prompted the state government to replace the Pradhan Mantri Fasal Bima Yojana with its own scheme.

The scheme has been launched with the Kharif season in Bihar this year.