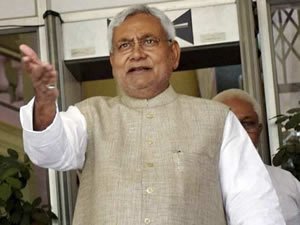 PATNA: The state assembly polls scheduled for September-October is likely to be a direct fight between Narendra Modi and Nitish Kumar as two top BJP leaders said here on Tuesday the party would fight the polls highlighting NaMo’s “pro-development and clean image”.

Union petrochemical minister Ananth Kumar, who is also the party’s election in charge in Bihar, said: “They (Lalu and Nitish) have already become the face of jungle raj. People will accept only Narendrabhai’s clean image.” The minister made the remark in response to the demand by the JD(U)-RJD combine that BJP should declare its CM candidate.

While the Janata Parivar has announced Nitish as its CM pick, BJP and its allies have refrained from doing so.

Political observers see BJP’s focus on NaMo as an answer to JD(U)’s all-out campaign to project Nitish as the only politician who can lead Bihar to the path of development. Nitish’s followers have put up giant hoardings “Aage badhta rahe Bihar, Nitish fir ek baar (Elect Nitish again so that Bihar continues to move ahead)” across the city.

Senior BJP leader and former deputy CM Sushil Kumar Modi, however, said: “As elsewhere, NaMo will campaign in Bihar also. This does not mean he will be BJP’s face in the election. We will name our CM candidate at the right time.”