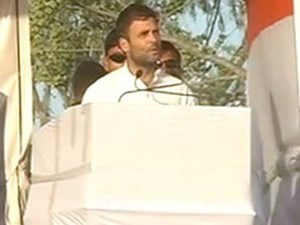 The seat-sharing discussions between partners Rashtriya Janata Dal (RJD) and Janata Dal (United) may be at an early stage but the Congress has started identifying constituencies where it intends to contest the upcoming Bihar assembly elections.

Having been told that it would be given a share of the 88 seats held by the BJP in the present assembly, the Congress conducted an internal survey to identify the “winnable” constituencies.

Congress sources said the party would be content with a share of 35-40 seats of the total 243 constituencies that the “secular formation” will contest as alliance partners. The Congress has five sitting legislators and had finished second, on 28 seats, in the 2010 assembly elections.

The assumption in the Congress is that the RJD could get 110 seats under the agreement, after its chief Lalu Prasad Yadav agreed to project Nitish Kumar as the chief ministerial candidate of the “secular” alliance. The JD(U) is likely to fight from 90 constituencies, leaving the rest to the Congress, the Nationalist Congress Party (NCP), and other parties.

A Bihar Congress leader told HT that the survey had categorised the 88 seats across three sections. While the A category stood for the seats where the Congress thinks it has good chances of winning, B is for those where the chances are 50-50 and C for the difficult ones.

The party is likely to discuss these probabilities on Friday at a strategy meeting to be chaired by Congress vice-president Rahul Gandhi, who has been taking a keen interest in the developments in Bihar.