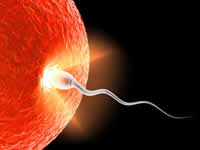 Patna: Setting the stage for All-India Obstetrics and Gynaecology Congress (AIOGC), to be inaugurated by CM Nitish Kumar on Sunday, pre-congress workshops were held on the premises of Bihar Veterinary college, IGIMS, PMCH and Mahavir Cancer Sansthan on Saturday. Over 500 delegates participated at these pre-congress workshops.

The workshop on infertility witnessed maximum registration of experts. Doctors said infertility cases are gradually increasing due to late marriages. Surrogacy is picking up, but the high cost is a dampener. Only a few government colleges across the country have this facility, lamented Dr Kaberi Banerjee, Kolkata.

Dr B N Chakravorty, also known as father of IVF in India, said ‘crash dieting’ in urban areas and pesticide mixed vegetables in rural areas are causing infertility. Dr Sonia Mallick from New Delhi, while referring to a study of Patna-based infertility expert Dr Himanshu Roy said about 40% mothers in Bihar suffer from ‘genital TB’ that leads to infertility and advocated that DOTS medicine catering to only pulmonary TB patients must also be made available by the government to genital TB patients. “Malnutrition and poor civic amenities are its major causes,” she said.

Talking about cervical cancer, Dr Maninder Ahuja, vice-president of Federation of Obstetrics and Gynaecological Societies of India (FOGSI), said it is preventable by vaccination. “However, it costs Rs 2000-2,500 and is yet to become a part of routine immunization,” she said adding, “Any woman above 30 years must get a pap-smear test done, which is a painless process to detect the cancer.” Dr Manisha Singh of Mahavir Cancer Sansthan talked about the cancer caused due to ‘false pregnancy’ and advised that after abortion, one must get diagnosed.

Dr Riddhi Shukla from Ahmedabad, credited with getting over 200 HIV+ women successfully deliver, said it is a myth that an HIV+ woman should not become pregnant. “Between third to ninth month of pregnancy, the HIV+ mother is given a drug to ensure HIV does not affect the foetus,” she said. Dr Sharika Roy, in the same session on foetal medicine, delivered a talk on ‘Heparin in High-Risk Pregnancy’.

Doctors at the workshop on ethical and medico-legal issues said that at every stage of treatment proper documentation must be done and nothing should be hidden from the patient or his/her family to avoid legal issues. Dr Rajalaxmi Walavalkar (UK) and Dr Sanjay Gupte (Pune), among others, spoke on various medico-legal issues.

Gynaecologists at the practical obstetrics workshops opined many maternal deaths – Bihar has a high maternal mortality rate of 219 – can be prevented if infrastructure at the periphery-level health centres is improved. A workshop on modern methods of imaging was also organized. Workshops on urogynaecology, hystoscopy (use of telescope to study uterus), laparoscopic surgery and vaginal surgery were simultaneously held at Central Railway Hospital, IGIMS, Mahavir Cancer Sansthan and PMCH, respectively.