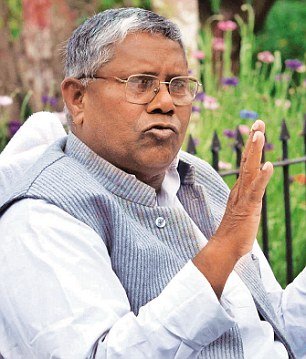 Chaudhary alleged that Nitish Kumar government had become a toy in the hands of BJP, which was pursuing anti-Dalit policies.

“From now onwards I’m no longer associated with the JD(U) in any way… I am hurt over Nitish Kumar-led NDA government’s anti-Dalit approach,” Chaudhary said.

Speaking to News18, Uday Narayan Chaudhary said he raised cases of Dalit atrocities in the state on many occasions, but the CM did not take it seriously. Questioning Nitish’s pro-women policies, he said the recent case of molestation of a minor in Jehanabad and ‘ever increasing’ incidents of gang rapes have exposed the state government’s failure.

Chaudhary recently participated in a conclave of non-BJP parties in Patna, which was spearheaded by Yashwant Sinha.

RJD leader Tejashwi, Congress and other opposition parties had joined the conclave, which unanimously vowed to fight against ‘anti-people policies’ of the Narendra Modi government.

Uday Narayan has been JD(U)’s Dalit face and was also the Speaker in Bihar Assembly.

Being the Speaker, he was crucial in foiling the attempt of Jitan Ram Manjhi to effect a split in the party when Nitish told him to step down from the post of CM in 2014.