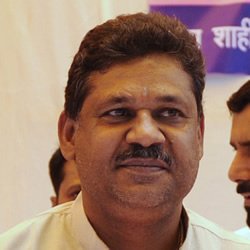 Murmurs within BJP over the row involving Sushma Swaraj came into the open with a party MP from Bihar asking Finance Minister Arun Jaitley for his opinion on what he thought of probing those who had approved the holding of IPL tournament in South Africa in 2009.

“@LalitKModi being probed by #ED. Who were d members of #BCCI #EC who approved #IPL IN #SA, Shd they 2 not be probed? What say @arunjaitley,” said Kirti Azad in a tweet as the controversy raged over External Affairs Minister Sushma Swaraj helping Lalit Modi, former IPL Commissioner, in getting him travel documents.

Even as the top party leadership and Government stood strongly behind Swaraj in the controversy, a tweet by the former cricketer-turned MP on Sunday about the ‘snake in the grass’ created flutters. He also talked of a media personality being behind the conspiracy.

“#BJPs #AsteenKaSaanp & #Arnab conspire against BJP leaders. Guess the snake? I Stand With SushmaSwaraj,” he had said on Twitter. Azad found a supporter in Shatrughan Sinha, another party MP from the state.

“As far as Kirti Azad is concerned, he is a dear and close friend and he speaks after studying the matter,” he said, adding that under what circumstances Sushma offered help “should be considered”. Sinha incidentally met Swaraj on Monday.