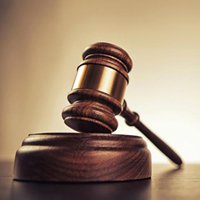 Over 50% of the fast track courts that were to deliver swift and timely justice in state are not functioning. The information was made available to RTI applicant, Anil Galgali.

Out of the 187 approved fast-tract courts in Maharashtra, as on June 2014, only 92 were functioning. This is just about 49% percent of the approved number of fast-track courts. The figure in India was almost the same. As per the information provided, of the 1,734 courts approved in 2000, only 815 were functioning. It means 53% of these courts were not functioning.

Bihar, which has the third highest number of approved courts, fared better than Maharashtra. Of the 183 courts approved for Bihar, 179 were functioning as per information made available till March 2011.

Gujarat too fared badly. Of the 166 approved, only 61, or 37%, were functioning. Other states where a large number of fast-track courts were functioning included Madhya Pradesh (84), West Bengal (77) and Andhra Pradesh (72).

Delhi, Kerala and Andhra Pradesh were the only states that saw the number of courts increase from the original approved in 2000. “My motive behind filing the RTI applicationwas to figure out how the courts are functioning and taking care of high-profile cases. The information provided shows that the state governments and the judiciary are not taking interest. The prime minister should call a meeting of chief ministers and chief secretaries on this,” said Galgali.