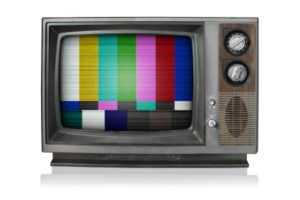 Patna: Come February 15, cable television (TV) viewers in the city must brace for a blackout on their television sets if they have not filled the subscriber application form as mandated by the Telecom Regulatory Authority of India (TRAI).

The TRAI deadline for submission of application forms filled up by cable TV viewers expired on January 27.

Multi-system operators in areas falling under Patna Municipal Corporation (PMC) area are now mulling to stop beaming signals to the set-top boxes against which the filled-up application forms have not been received.

Operators would also commence the formal billing system against set-top box-based cable TV from this month. People would require to pay monthly charges based on their choice of cable TV package.

This basically implies that apart from the free channels, people would be required to pay for only those channels which they want to see on their TV sets.

“In its last communiqué, Trai had clearly stated that there should not be any set-top box in the PMC areas against which subscriber application form was not filled up till January 27. People, who have filled up the subscriber application form for set-top boxes, would be required to pay bills according to their respective choice of package,” said Rajnish Dikshit, the director of SITI Maurya Cablenet Private Limited.

Elaborating on the payment for pay channels, he added: “Packages of higher amounts would give more paid channels. Billing would be done from the date of activation.”

According to the Digital Addressable Cable TV System Regulations, 2012, multi-system operators can transmit digital signals and activate the set-top boxes only after receiving the subscriber application form from the consumer containing his/her preference of channels and personal details.

The regulation empowers the multi-system operators to stop beaming signals to those set-top boxes for which the form has not been submitted.

In order to meet the deadline of digitisation of cable TV in the city, the set-top boxes were installed in thousands on certain days between the months of March and May last year but the subscriber application forms were not filled up against most of them.

Later, Trai sent several letters to the multi-system operators to complete the application form process at the earliest.

The multi-system operators have already missed several deadlines for receiving the forms filled by the cable TV subscribers.

“We have been able to get the application form filled up by around 80 per cent of our total consumer base of around 1.5 lakh. Moreover, we have already stopped transmission to a large number of set-top boxes against which the application forms have not been filled up yet,” said Sushil Kumar, director, Darsh Digital Network Private Limited.

The cable operators in the city have planned to hold a meeting next week to finalise the modalities for introduction of the proposed billing system.

“The three multi-system operators in the city — SITI Maurya Cablenet Private Limited, Darsh Digital Network Private Limited and GTPL Limited — would hold a meeting along with the local cable operators next week to chalk out the final strategy to implement the package billing system. Billing would start from this month only,” said Sushil.