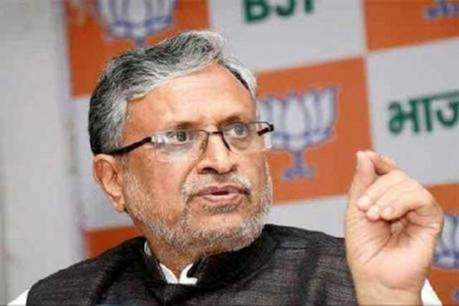 PATNA: Bihar deputy chief minister from the BJP Sushil Modi has said that there is neither any evidence of the involvement of state’s social welfare minister Manju Verma in the Muzaffarpur child sexual abuse case nor has she protected any person.

In an interview to ET, Modi also said that it was the Bihar government that had marked an audit by Tata Institute of Social Sciences (TISS) that exposed the crime and alleged that main accused Brajesh Thakur was in fact moving inside the RJD-Congress camp for an election ticket.

“This expose has been done neither by media nor the Opposition. This is on an audit got done by us. If we didn’t act as soon as the expose happened, blame could have been put on us. But action happened at once. Our government’s credibility is high and people have faith in our government,” Modi told ET.

Minister Manju Verma is under fire after her husband’s name surfaced for visiting Thakur’s centre.

RJD’s Tejashwi Yadav has asked for her removal. “Asking for resignation on moral grounds is a stereotype. People who are charged and may go to jail any time are giving us lessons in morality. In this government, no minister has the guts to put a veil over such an incident. Her (Verma’s) husband went there a year ago for just a simple function, it is believed. That allegation has been made by a lady whose husband is also in jail. No victim has put any allegation against the minister or her husband,” Modi said.

Asked if Nitish Kumar’s pro-woman image has taken a hit following the case, Modi said that while the case was shameful for the government, Nitish had credibility among women. “Lalu Prasad’s image is such that even if does not do anything, people will believe he has done it. But no one can say Nitish was protecting someone – the CM has admitted it is a system failure and that the system has to be strengthened.” Modi said.

He said RJD had protected gangsters like Shahabuddin. “But this government will not protect or shelter anyone – be it an MLA or MLC. We will not wait even a minute to act,” Modi told ET.