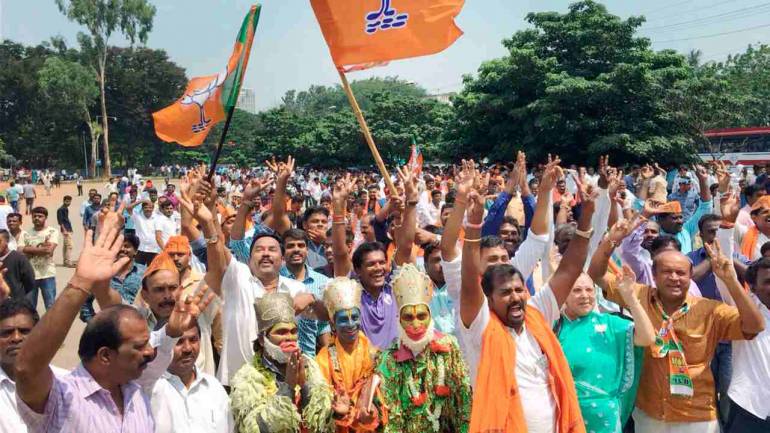 BJP leaders here asserted that the party under the leadership of Narendra Modi would remain unstoppable in the general elections next year and the NDA would bag all 40 Lok Sabha seats in Bihar.

At a meeting of distinguished citizens (‘Prabuddh Nagarik Sammelan’) organised here to celebrate the fourth anniversary of the BJP government at the centre, they dismissed opposition parties attempt to put up a united fight against the ruling NDA, by terming them a group of “tired and rejected people”.

He also flayed Congress President Rahul Gandhi for having raked up the death of special CBI judge B H Loya, who was hearing the high-profile Sohrabuddin Sheikh fake encounter case, wherein BJP president Amit Shah had been booked and later discharged.

“Rahul Gandhi spoke, at a public meeting, about an issue which the apex court had already decided. Rahul Gandhi has abandoned dignity. Those rejected by the people will not run the country through a sponsored PIL,” he said.

Prasad, who also holds the Electronics and Information Technology portfolio, spoke at length about the BJP government’s achievements and claimed that India attracted “biggest investments in the last four years”, while ” the IMF and the World Bank have been raving about 7.5 per cent GDP growth of India”.

On the occasion, Bihar Deputy Chief Minister Sushil Kumar Modi mocked the opposition parties’ attempt to forge an alliance saying, “The dejected and disappointed lot, including those who reckon themselves as grass root leaders, have come together fearing Narendra Modi.”

“The Congress, which has ruled the country for over 40 years, cannot live without power and is now trying to achieve the same by riding piggyback on regional parties,” he said.

“The people will choose between an unstable government of short period like those headed by Choudhary Charan Singh, Chandrashekhar, H D Devegowda and I K Gujaral on one hand and (Narendra) Modi’s strong and decisive leadership on the other,” the Bihar deputy chief minister said.

“Given the people’s mood, Narendra Modi will return to power with a thumping majority. Bihar will elect all 40 MPs in Narendra Modi’s favour in 2019,” he said.