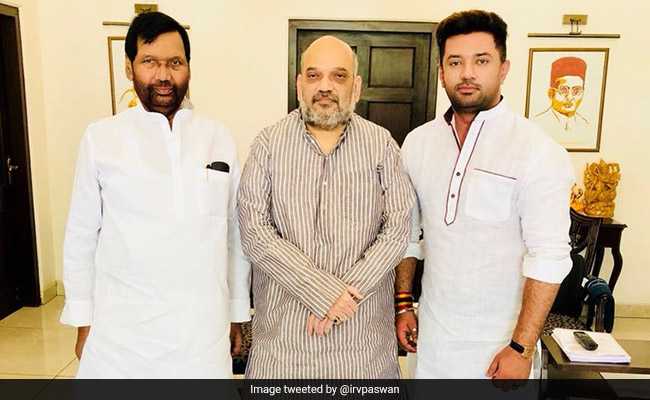 New Delhi: Lok Janshakti Party chief Ram Vilas Paswan today met BJP president Amit Shah to discuss the issue of special category status for Bihar, saying the state deserves it on account of being one of the poorest in the country.

“Bihar is one of the poorest states. So many states are demanding it. Bihar deserves it,” the union minister told news agency Press Trust of India.

Special status category has been a long-standing demand of Bihar Chief Minister Nitish Kumar. In March, he had said that he had not given up “for even one second” the demand for grant of special status since he first raised the issue 13 years ago.

Mr Paswan, who is a key ally for the BJP, was also seeking an ordinance to restore the original provisions of a law on atrocities against Dalits and called for ensuring reservation in promotion for the community.

The Dalit leader was joined by his son and MP Chirag Paswan where they discussed a host of issues, especially related to Bihar, a state which is important to the BJP-led NDA’s overall performance for the 2019 Lok Sabha polls.

In the meeting, Mr Paswan stressed on the need to bring an ordinance to restore the original stringent provisions of the Scheduled Castes and Scheduled Tribes (Prevention of Atrocities) Act.

The Supreme Court, in a recent order, had introduced new guidelines which, almost every political party has claimed, dilutes the law and will lead to a rise in crimes against Dalits. The government has moved the top court for a review.

Mr Paswan said he told Amit Shah that the government should bring an ordinance to undo the court’s order and restore the Act’s original provisions.

He also said that the government should move the top court to remove provisions which have come in the way of giving reservation to SCs and STs in promotion in government jobs.

“If required the government should bring an ordinance on this,” he said.

Mr Paswan said that the BJP president agreed with his stand on Dalit issues and assured him of a positive response.