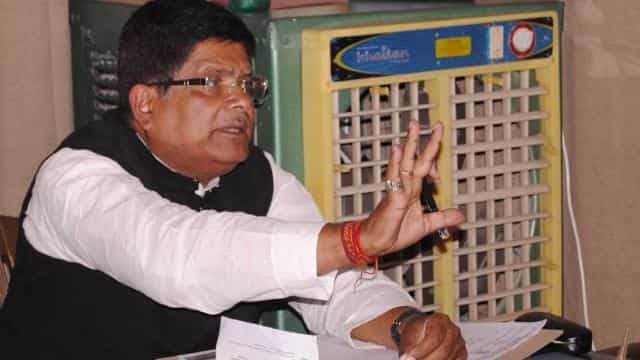 Patna: The Opposition RJD claimed in the Assembly on Thursday that the name of urban development and housing minister Suresh Sharma has also cropped up in the sexual exploitation case at the Muzaffarpur shelter home, an allegation the minister rejected as baseless.

RJD legislator from Darbanga Lalit Yadav levelled the charge during the post-lunch session of the Assembly on Thursday, the concluding day of the monsoon session of the legislature. At the time, many Opposition MLAs were standing in the Well in protest against the government’s handling of the Muzaffarpur case in which at least 29 minor girls were raped in a government-funded shelter home run by an NGO.

The wife of the arrested district child protection officer had on Wednesday claimed that the husband of the social welfare minister used to visit the shelter home, an allegation the minister has denied.

On Thursday in the Assembly, leader of Opposition Tejashwi Yadav also declared that the name of another minister who is “very close to the deputy chief minister” and who had “created a scene in Bengal” recently was also “doing the rounds” in connection with the Muzaffarpur case.

Sharma and his aides were allegedly involved in a brawl at a hotel in Bengal in January this year.

Tejashwi also claimed that chief minister Nitish Kumar had been forced to recommend a CBI probe into the Muzafffarpur case – as, Tejashwi said, was evident from the language used by Nitish while issuing the directive to his officials for recommending the CBI probe.

The RJD leader also expressed fears that vital evidence might be destroyed in the intervening period of transferring the case from the state police to the CBI.

Parliamentary affairs minister Shravan Kumar countered that instead of raising the issue in the House, those having any proof should hand it over to the CBI.

Tejashwi shot back that he had given documents related to the Srijan scam but nothing happened after that.

As the protest by the Opposition members continued, Speaker Vijay Kumar Choudhary adjourned the House till 3.45pm. Minister Suresh Sharma said: “The charges levelled against me are baseless. If any proof is found showing my link with people involved in Muzaffarpur case I will resign from my post. Those who have raised questions against me should do the same (resign) if nothing is found against me.”

Sharma said he may serve legal notice to those levelling allegations against him.