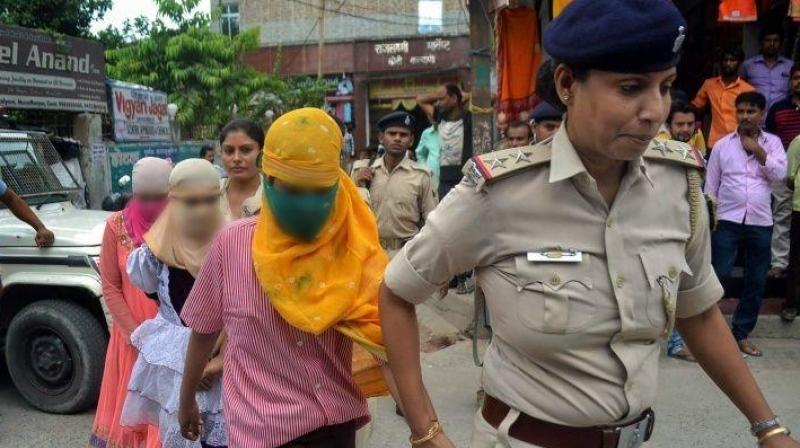 Muzaffarpur: With fresh medical reports confirming rape of five more girls, the number of minor girls sexually assaulted at a state-run shelter home in Bihar’s Muzaffarpur has increased to 34.

Meanwhile, several horrifying details of the torture the girl went through have also emerged.

According to reports, the survivors have revealed that they were sedated, raped, thrashed and threatened every night. They have also alleged that they were given deworming tablets which made them unconscious.

Whenever they woke up, they found themselves naked and with pain in their private parts and abdominal areas, the girls, all below the age of 18, claimed.

The girls, whose medical reports have confirmed rape, have named Muzaffarpur Child Protection Officer Ravi Kumar Roshan and Brajesh Thakur, the owner of the NGO which ran the government-funded shelter home, in their statements before the Sub-Divisional Magistrate.

The two have been arrested.

According to a report in NDTV, the minor girls said that Ravi Kumar Roshan regularly came to the shelter home and raped them.

“Chanda aunty took me to him. She gave me a tablet and I fell unconscious. When I woke up, I was naked. Roshan raped me and warned me against telling anybody about it,” one of the survivors told NDTV.

The girls were also forced to consume alcohol, gagged or beaten into submission.

A mentally ill girl was also sexually assaulted at the shelter, claimed another girl.

Further describing their plight, the girl, in their statements, said they were made to wear skimpy clothes and dance in front of Ravi Kumar Roshan and outsiders. “Roshan and the men would consume alcohol and touch us inappropriately. If we refused, Roshan would beat us,” a girl alleged.

Meanwhile, Roshan’s wife, Shibha Kumari has come to the defence of her husband and claimed that he was being falsely implicated to shield the husband of a state minister who came to the shelter home, NDTV report further said.

The issue of horrific sexual exploitation of minor girls at the shelter home, run by an NGO, was first highlighted in an audit report submitted by the Tata Institute of Social Science (TISS), Mumbai, to the state’s Social Welfare Department in April.

The NGO has been blacklisted and the girls have been shifted to nearby shelters.