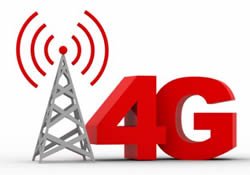 Firm says infra ready to roll out the service, but it is waiting for the right kind of ecosystem before it moves ahead

Videocon Telecom, the telecom arm of the $10 billion Videocon Group, will launch its 4G services in Uttar Pradesh and Bihar within the next 6-8 months. The telecom player said that its infrastructure is ready to roll out the services in the key cities of these two states and waiting for the ecosystem to mature, which includes 4G handset affordability and availability.

Speaking to Business Standard, Arvind Bali, Director & CEO, Videocon Telecom said, “Our infrastructure is ready to roll out the services in Bihar and Uttar Pradesh comprises circles like UP (East) and UP (West). However, handsets which support this band, or any LTE band for that matter, are expensive currently and also not widely available. So we are waiting for the right kind of ecosystem to roll out the services.”

The telecom players has spectrum in seven circles, namely Punjab, Haryana, Madhya Pradesh/Chattisgarh, Gujarat, UP (East), UP (West) and Bihar. The service provider has launched its services in UP (East), UP (West) and Bihar in February this year. In Punjab, Haryana, Madhya Pradesh/Chattisgarh, Gujarat, the company has a subscriber base of 10 million. Overall, the company expects to add about five  million new subscribers in all these circles combined.

Meanwhile, it announced the signing of Bollywood Star and super model Gauhar Khan as its brand ambassador. In the past, the group has been associated with many celebrities including Shah Rukh Khan, Abhishek Bachchan, Riteish Deshmukh, Shruti Haasan, and Punjabi actor and singer Gippy Grewal.

The telecom player plans to leverage the association with Gauhar Khan through various mediums including TV commercials, OOH(out of home), Press ads and digital marketing. The telco plans to spend 10 per cent of its gross revenue on brand and communication this year. Given its regional presence, the telco has been limiting its presence on one of the most effective medium of Television but now with options being available on Geo targeting on leading TV channels the telco plans to leverage on the option in a big way.

“The choice of bringing Gauhar on board was a no-brainer, as she is a self-made youth icon with huge fan following in India and across the continent… we seek to use her charisma extensively in our forthcoming marketing initiative wherein she will be seen prominently across television commercials, newspapers advertisements, digital medium, billboards, retail front displays and on ground activities of the brand,” said Bali.