Patna: The urban development and housing department will make around 5,000 appointments in different ranks to overcome manpower crunch that has affected implementation of development projects.

Minister Suresh Kumar Sharma said: “We aim to complete the appointment process within a year. While the first lot of posts has been sanctioned by the cabinet, the proposal to get approval for the second lot will be put before the cabinet soon.”

The appointments will be made for both technical and non-technical posts. The department requires personnel because it is implementing projects worth thousands of crores, including the Centre’s Namami Gange under which projects to the tune of Rs 5,000 crore have to be completed in Bihar.

The Centre has also been providing funds to Bihar regularly and requesting the government for timely implementation of projects.

The department is also the nodal department for implementation of ambitious projects such as the smart city and Metro projects. While work on the smart city projects have begun, the detailed project report of Patna Metro is set to be submitted to the Centre by June-end.

In addition to the recruitment by the parent department, the urban local bodies too have been asked to fill vacancies. Around 5,000 personnel would be appointed in these bodies as well.

Minister Sharma conceded that appointments had not been made in the department for the past several years because of which speedy implementation of projects has taken a hit. He praised chief minister Nitish Kumar for being helpful in this process.

Sharma also revealed that some new posts have been sanctioned keeping present and future needs in mind.

The department has also brought all the technical posts under one umbrella for better utilisation of its technical hands. 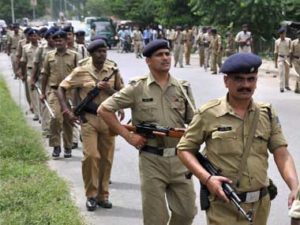