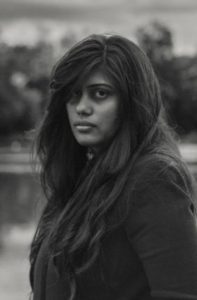 The directors of “Proposition for a Revolution,” an upcoming documentary, talk about the means and ends of the film

In late 2012, Khushboo Ranka and Vinay Shukla arrived in Delhi, to witness the changing tides of the anti-corruption movement. Once here, they felt compelled to document “what was happening on the ground”, and to follow the fortunes of the fledgling Aam Aadmi Party.

Having shot for just over a year, they have now come up with a documentary that chronicles the evolution of protesters into politicians. Titled “Proposition for a Revolution”, the film is being produced by Anand Gandhi. It is at the post-production stage, and is being crowd-funded.

Through the film, the directors hope to initiate a dialogue about politics. “Our parents shielded us away from politics and over the period of time, electoral politics has become rather opaque for the layman. We feel this documentary can bring back some of the immediacy that’s required for a more direct participation,” they say. Excerpts from an interview:

The progress of the AAP has been documented closely, especially by the visual media. What does your documentary add to what we already know about them?

K: This is one of those recurring questions in the canons of documentary filmmaking. One way to see documentaries is as an introspective looking back at a cluster of events from a more wholesome lens. This is opposed to news broadcasts, which function with a kind of urgency, and transmit stories existing largely in the vacuum of immediacy. Another way to see documentaries is that they allow more time for poetry, absurdity and profundity. It allows for what John Grierson called “creative treatment of actuality.” So a film allows for more breathing space, and even more humanity.

V: However in the case of our documentary there is an additional complexity to consider. Which is to say that we shot with them at a time when there were absolutely no media crews following them. So we have captured the story when it was still becoming news. I am not sure if you remember, but the fact that AAP won 28 seats in Delhi came as a huge surprise to a lot of people in the media as well. This was because there was a major disconnect in the story on ground and the media narrative.

The AAP story has thus far defied closure. How did you know when to stop filming?

K: The decision was a combination of several factors. When we started documenting the party in late 2012, we had no idea where we were heading. By the end of 2013 we knew we had a very strong film about the evolution of a nascent political party in India. We had an “election film”. To continue shooting with them while they were in governance would mean that we had to cover them for as long as they were in power, to capture and understand their governance style and ethics. That would be a film on “governance”. We expected them to stay in power for a few years at least and following them for that long a period would mean that a lot of our footage would simply get dated. We think that the material we have with us right now is interesting because it covers a vast leap of events, which is to say, it covers them from being nobody to somebody.

V: Also, we didn’t have any money to continue shooting any further. We approached many Indian funders for money but people are hesitant in investing in documentaries. And at that time no one knew how big this story would get.

Also, the AAP is a shape-shifting beast. It will continue to surprise and upset with equal ease. We have chronicled their first year and their meteoric rise with the resources we had. We now have a documentary, which shows you their process from up-close when they didn’t have the fame that they do today. There are many more people interested and curious about the AAP now and a lot of people are studying and chronicling their journey.

It is clear from the trailer that, in addition to the public events, you were allowed to film the internal meetings of the AAP. Can you talk about the different things they revealed to you?

K: Our film is an observational documentary. Even our shooting techniques were geared towards being as inconspicuous as possible. This enabled us to capture some very candid and surprising moments. There was a lot of things that revealed themselves in the course of us making this film. Like I said, we were extremely disconnected from the on ground political situation before. So being thrust into the heart of “doing politics” took a while to get oriented to. I remember the first AAP rally we attended, it was a sensory overload. Too loud, too hot, too many people. We couldn’t make sense of what to capture, where to place our lens. An example of how we wanted to remain as neutral as possible, was also to constantly be aware of the composition. It needed to be self-aware. When it comes to the AAP, it was very interesting to see how they mobilised people. When Arvind Kejriwal would go to these Jansabhas in the beginning, he would be listening to very specific concerns of the people. “My tap is not working”; “My land is being encroached upon”, things like that. We realised that people needed someone to listen to them, and that in itself was a lot. When we hear the word politics it evokes something that is grand, change which is large-scale, scams that are colossal. But the political of those people was very banal, very small.