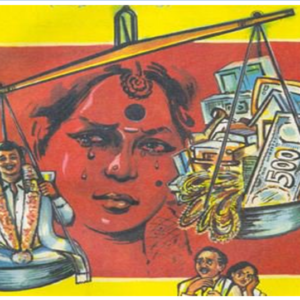 Patna: Muslim clerics from Bihar, in a rare joint move, have asked would-be grooms to visit local mosques and make formal declarations that they would not accept dowry as a condition for performing their “nikah” (wedding). The move, which has received huge praise from various quarters, sets a noteworthy example in a state that is notorious for dowry deaths.

A decision to this effect was taken at a meeting of the Islahul Muslimeen Muslim Samaj, an organisation of Muslims, held in the Valmiki Nagar locality of West Champaran district on Friday. The meeting, attended by a large number of Muslim religious leaders, announced a social boycott of persons seeking dowry stating that Islam strictly prohibits the practice.

“A groom will have to make a declaration in the mosque stating he has not sought for dowry nor he will accept dowry. No clergy would perform his ‘nikah’ if he fails to do that,” Mufti Mohammad Gyasudeen told the media on Saturday. “This is not a warning or fatwa [diktat] but a declaration by the Muslim community,” he said.

He said the social evil of dowry had been felt in the Muslim community as well, leading to broken marriages. “It’s time for the Muslims to launch a campaign against dowry,” he added.

A similar meeting was earlier held at Tarwan village in southern Bihar’s Gaya district at which Muslim representatives from 94 villages took part. “From today onward, no maulana [cleric] will be there to read out ‘nikahnama’ or administer ‘kabulnama’ under the circumstances,” said a unanimous resolution adopted at the meeting, adding that those seeking dowry would instantly face a social boycott.

The meeting, held under the chairmanship of Mufti Mohammad Muzaffar Hussain, also formed a committee to keep track of all marriages being solemnised in the community and also decided to push ahead with the idea of dowry-less weddings beyond the state as well.

Similar campaigns against dowry are on the anvil in neighbouring state Jharkhand where more than 1,000 Muslim families have so far returned dowry payments they received from families of brides. This follows a massive campaign against dowry launched by social activist Haji Mumtaz Ali.

Such is the success of the campaign that villages after villages have been joining the campaign on a daily basis and openly taking a vow not to give dowry. Initially the campaign was limited to Palamu district of Jharkhand but it has since caught on in a number of neighbouring districts in the state.