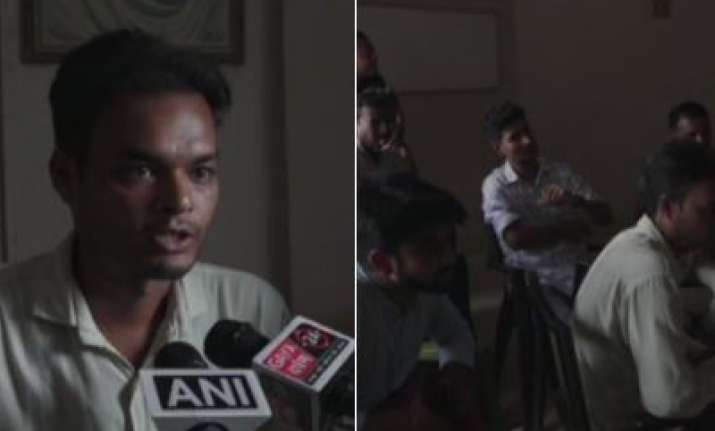 In a shocking case, a video journalist was allegedly thrashed by ex-MLA Krishnandan’s bodyguard in Gaya district of Bihar, on Sunday. Victim Jai Prakash said, reported ANI, “He beat me and other journalists even after we showed him our ID cards. But, Ex-MLA has apologised and has assured that such incident won’t occur in future”.

Meanwhile in another development in the national capital Delhi, several media bodies, including the Press Club of India, sought strict action against senior BJP leader Choudhary Lal Singh over his “threatening and intimidating” remarks directed at Kashmiri journalists.

In a joint statement, the Indian Women’s Press Corps, Press Club of India, Press Association and Federation of Press Clubs of India said, “We, the undersigned organisations demand that strict action be taken against the lawmaker for making threatening remarks hinting possible violence at journalists in the valley.

“Such statements are nothing short of criminal intimidation and a direct attack on the freedom of the press. They also serve to vitiate atmosphere and endanger the lives of journalists who work and live precariously in conflict situations,” it said, reported PTI.

Choudhary Lal Singh had warned Kashmiri journalists to draw a line between reporting facts and supporting terrorists or face the fate of Rising Kashmir editor Shujaat Bukhari, who was shot dead by militants. Singh is a former minister in the Mehbooba Mufti-led Jammu and Kashmir government.

“Kashmiri journalists have created an erroneous atmosphere and I would like to ask them to draw the line,” he had told reporters in Jammu on Friday.

“You want to live like what happened to Basharat,” he said in an apparent reference to Bukhari, reported PTI.