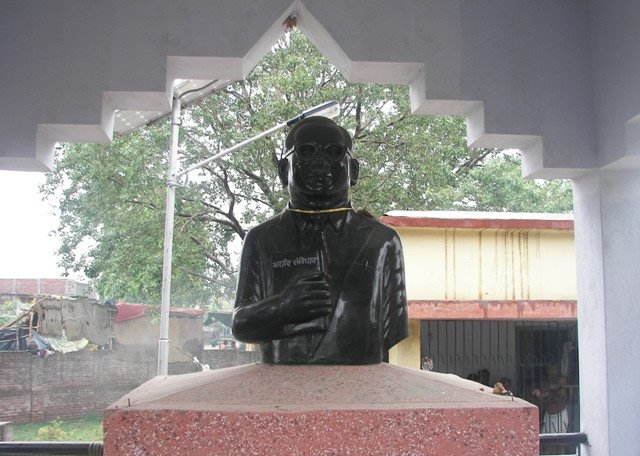 Patna: The state government, fearing a repeat of violent protests and vandalism of BR Ambedkar’s statues last week, has sounded an alert across Bihar for Saturday, the birth anniversary of the Dalit icon.

The state police headquarters on Friday issued letters to all district magistrates (DMs) and superintendents of police (SPs), asking them to ensure proper safety and security of the Ambedkar statutes in their jurisdiction and to ensure there is no repeat of incidents of vandalism that happened earlier in Nawada and Sheikhpura. Damage to Ambedkar statues in the two districts had sparked tension in the region.

Violent protests on April 2 and April 10 during Bharat bandhs – the first against the Supreme Court ruling on the SC/ST (Prevention of Atrocities Act) and the second by upper caste groups against reservation – had also put senior police officials into a tizzy in Bihar.

The state and the central intelligence agencies have now cautioned the government about “some organisations” that are planning to vandalise Ambedkar statues to spark social tension again.

“We have sent the advisory to all the SPs and asked them to maintain law and order under their jurisdiction. They have been told to intensify patrolling and initiate all precautionary measures so that the law and order situation remains firmly under control. Those found to be lax will not be spared,” S.K. Singhal, additional director-general of police (ADG), headquarters, said on Friday. “An advisory has been issued to all the DMs and SPs on the security of statutes of the Dalit icon.”

An SP posted in a north Bihar district said that surveillance around statues of Ambedkar has been stepped up and the in-charges of police stations concerned have been told to keep a close watch on elements trying to incite violence and vandalise the statues.

The station house officers (SHOs) have been told to activate community policing for the purpose, the SP said.

In Nawada, some anti-socials had damaged the left palm of a statue of Ambedkar at Hasanpura village under the jurisdiction of Narhat police station on Tuesday. The district administration immediately got the damaged palm repaired.

An FIR was lodged against unidentified persons under sections 295 (damaging place of worship) and 120 B (criminal conspiracy) of the IPC. Narhat SHO Dharmendra Prasad said: “Efforts are on to ascertain the identity of the offenders. Action will be taken against the accused on the basis of evidences.”

Hasanpura is dominated by upper caste households, but it also has around 250 backward caste families,.

In Sheikhpura, a group of people tried to uproot a life-size statue of Ambedkar at Bhedia Pul village under Sarai block last week.

The head of the statue was partially damaged in the process.