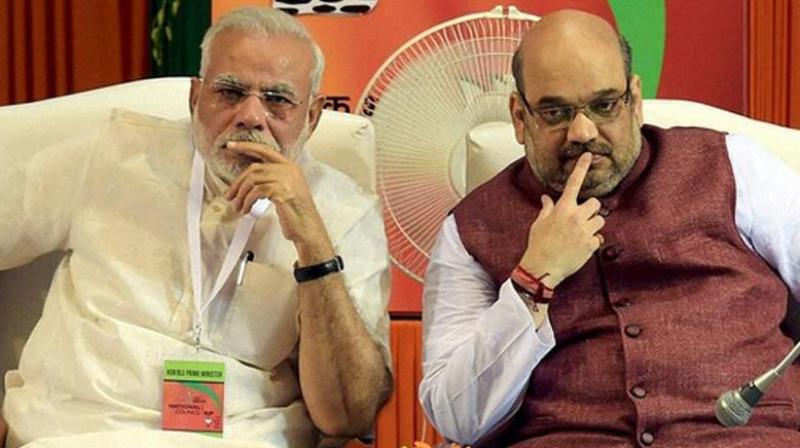 New Delhi: It was not just Uddhav Thackeray from Shiv Sena who attacked the BJP for its approach towards its NDA allies. Hours after BJP’s electoral defeats in by-election results were announced on Thursday, there was sharp criticism from Bihar as well.

It came from none other than Bihar Chief Minister Nitish Kumar’s Janata Dal United, which renewed its alliance with the BJP after dumping the Rashtriya Janata Dal (RJD) and the Congress less than a year back.

JD(U) told the BJP that it needed to up its handling of the “considerable resentment” against the government across the country over a number of issues “the latest of these being the spiralling petrol and diesel prices”. It also wanted the BJP to stop taking its alliance partners for granted.

“The NDA is a large coalition and we hope that (BJP president) Amit Shah, as the leader of the biggest partner, will take the initiative to communicate better with alliance partners,” K C Tyagi, the senior JDU leader and spokesman said after his party lost another prestige battle to the RJD.

Another BJP ally from Bihar, the Rashtriya Lok Samata Party (RLSP) was a lot more outspoken. It asked the BJP to give up its big brother attitude towards alliance and work on coordination within the NDA.

“It is no secret that discontent has been brewing among some sections of the NDA for quite some time… Mostly, it has been because of the big brotherly attitude shown by the BJP,” the party headed by Union Minister Upendra Kushwaha, said in a statement.

“We hope that better sense will prevail over the BJP high command and they will sit together to formulate policies that can help strengthen the alliance in the state”, it said.

In recent months, some other BJP allies too have complained about the BJP’s handling of its allies. In March, the Andhra Pradesh Chief Minister N Chandrababu Naidu’s Telugu Desam Party had walked out of the NDA. The BJP ally Shiv Sena has also increasingly turned into the BJP’s sharpest critic.

BJP lawmaker and journalist Chandan Mitra told NDTV that there was need for corrective steps because if there was a rift in the family, the “entire edifice of your political support could collapse”.

“There are rumblings in the BJP-JD(U) alliance and Mr Kumar has, rather late in life, started flip flopping lately…. And is leaping before he looks,” Chandan Mitra said, suggesting that Nitish Kumar appeared to be out of his depths in the NDA alliance.