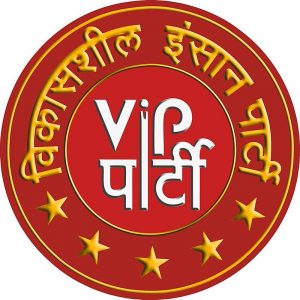 ‘Bhumihar Brahmin Samajik Front’, based in Muzaffarpur district under which the Kurhani seat falls, declared its support to VIP candidate Neelabh Kumar, who belongs to the caste, at a press conference here.

“Interests of the community matter more than party,” office bearers of the organisation said at the press conference.

A four-year-old outfit, the VIP now has no member in either House of the state legislature. All its MLAs had joined the BJP earlier this year before the saffron party used its clout to get Sahani, the founding president, ousted from the Nitish Kumar cabinet.

A former Bollywood set designer, Sahani has since been left high and dry. He had openly rejoiced at the defeat of the BJP in the by-poll to the Bochahan Assembly seat though his own candidate had finished a distant third.

Sahani was brought into the NDA in the thick of the 2020 Assembly polls by Union Home Minister Amit Shah but the greenhorn burnt bridges with the BJP later on.

In Kurhani, the primary contest is between the BJP and Chief Minister Nitish Kumar’s JD(U). Though Sahani, who uses the nickname “son of Mallah” to highlight his caste, has been claiming that his party will win the seat, he is being seen in political circles as a “spoiler” who will queer the pitch for the two main players.

Senior BJP leader and former minister Suresh Sharma, who is the founder of the “Bhumihar Brahmin Samajik Front”, made light of the announcement of support for the VIP candidate.

“It was a social organisation, never meant to dabble in politics. It has taken a wrong turn, a reason why I am no more involved in its day-to-day activities,” said Sharma, who is actively campaigning for Kedar Prasad Gupta, a former MLA who has been fielded by the BJP in the by-election necessitated by the disqualification of RJD MLA Anil Sahani.

The JD(U), which had lost to Anil Sahani in the 2020 assembly polls when it was with the BJP, is now a part of the “Mahagathbandhan” comprising RJD, Congress and the Left. Its candidate Manoj Singh Kushwaha has also won the seat for his party thrice.

Though neither main contender has fielded a Bhumihar, both BJP and JD(U) seem to be making efforts to woo the influential social group.

The JD(U) charge is led by its national president Rajiv Ranjan Singh alias Lalan who belongs to the community and is campaigning intensively.