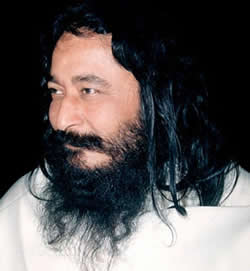 In a letter addressed to Badal on Sunday, he said the people of Mithilanchal wanted the cremation of Ashutosh Maharaj to be performed in his ancestral village and birthplace Lakhnaur as per local customs and tradition. “Therefore, it would be justified if the body is brought to Lakhnaur,” the letter added.

It said, “However, in view of the controversy created by disciples of the seer over his property, it would not be possible to bring the body of Ashutosh Maharaj to his ancestral village without the intervention of the (Punjab) government.” Singh said he had also written to Badal three days ago seeking time for making a personal request in this regard.

On Friday, Dilip Kumar Jha, claiming to be the son of Ashutosh Maharaj, had said he would go to any length to bring back the body of his father and perform his last rites in his native Lakhnaur. Dilip, 42, is a graduate and runs a grocery shop in Lakhnaur.

Dilip has begun a hunger strike in Lakhnaur to press for the handing of the body of his father by the DJJS. “He (Ashutosh Maharaj) is no more in this world and the DJJS is trying to cover up something by claiming that he is in deep sadhna,” he charged. Dilip and his family are also exploring legal options in the matter. But so far no legal notice has been sent to the DJJS.

Challenging the DJJS management’s claims that Ashutosh Maharaj had no family, Dilip said he and his mother Anandi Devi, 70, were upset over the “lies” of the DJJS. He claimed that his father’s original name was Mahesh Jha and he was a graduate in English.

He had left the family in 1973 when Dilip was just one-year-old, to pursue higher studies in Delhi, but did not return. He is even willing to undergo a DNA test to prove his claim.