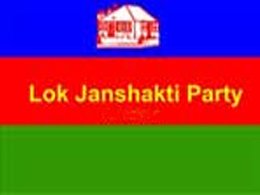 Patna: The Economic Offences Unit (EOU) of the Bihar Police on Thursday arrested Lok Janshakti Party (LJP) state general secretary Lalan Singh on charges of extortion and criminal intimidation. Singh is an accused in case number 4/12 registered at the EOU police station in the state capital. He is accused of threatening, intimidating and extorting money from Central Public Works Department (CPWD) contractors who bid for the construction of Sashastra Seema Bal (SSB) camp at Narkatiaganj in West Champaran district on the Indo-Nepal border, EOU Inspector General Praveen Vashista said. “We were investigating the case for the last several months and gathered sufficient evidence of his involvement. An arrest warrant was issued by the court and we executed it. Other accused in the case will be nabbed in the coming days,” said Vashista. EOU sources said Singh was one of the patrons of the dreaded Shambhu-Mantu gang active in extorting money from contractors in central schemes across Bihar and Uttar Pradesh. The gang operated with impunity till last year when the Special Task Force (STF) of Bihar Police arrested both of them from Uttar Pradesh. The duo face more than 50 charges of murder and other serious crimes. Sources said the LJP leader is a relative of former MP Surajbhan Singh. He and his wife had unsuccessfully contested Bihar assembly polls in 2005 and 2010, respectively.