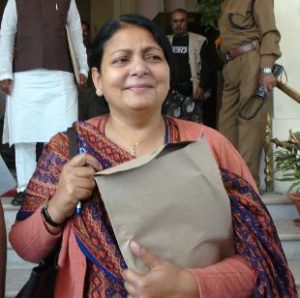 In a setback to Nitish Kumar government in Bihar, Social Welfare minister Parveen Amanullah resigned on Tuesday from the Cabinet.

Ms. Parveen sent her resignation letter to the Chief Minister.

Ms. Parveen told reporters that she was finding it difficult to work in the present system and also announced to quit membership of the JD(U).

The Minister said she would return to social work, her passion for a long time.

Ms. Parveen is wife of senior bureaucrat Afzal Amanullah who is presently posted with the Central government.

She did not give any specific reason for quitting and said she did not have any grudge against the Chief Minister and other ministerial colleagues.

She also thanked the Chief Minister for making her minister in his Cabinet.