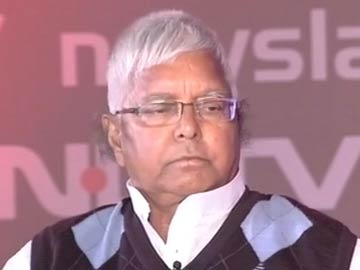 NEW DELHI:  RJD President Lalu Prasad is likely to meet Congress President Sonia Gandhi today to discuss the issue of alliance for Bihar polls, a day after Bihar chief minister Nitish Kumar held consultations in this regard with Rahul Gandhi.

Sources said that the meeting is likely to be held in the first half today.

Congress Vice-President Rahul is learnt to have favoured a broader secular alliance for the state and he has also told Mr Kumar about the party view in this matter.

He was talking to reporters after a two-hour long meeting between Chief Minister Nitish Kumar and RJD chief Lalu Prasad at the residence of SP chief Mulayam Singh Yadav, who was approached by the two parties to broker peace after days of sparring between leaders of the two parties.