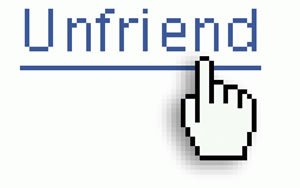 A Bihar youth has thrown boiling water on the face of a class 8 girl allegedly because she had ‘unfriended’ him from her Facebook friend list.

The 15-year-old girl was being treated for 20% burns on the face at a hospital in Muzaffarpur district.

According to the girl’s statement to the police, the accused came to her home in Gannipur locality in Muzaffarpur on Wednesday afternoon, saying he was looking for his lost identity card.

He then poured boiling water on the victim’s face after shoving her mother aside.

“My father is a teacher and he (the accused) used to come for tuitions to our home. I accepted his (Facebook) friend request a year ago because I found him decent then,” the girl said.

“But of late he had become abusive and so I ‘unfriended’ him last week,” she added.

An FIR has been registered against the accused, an undergraduate student at a government college in Muzaffarpur.

Deputy superintendent of police (Muzaffarpur city) Upendra Kumar said the police have launched a hunt for the accused who is absconding.