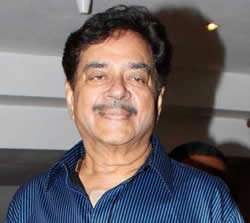 Actor-turned-politician Shatrughan Sinha on Friday said it would be better if the Bharatiya Janata Party (BJP) goes to Bihar elections with a Chief Ministerial candidate to take on Nitish Kumar who is named by BJP-JDU-Congress alliance as its nominee.

“It will be better if BJP Parliamentary board names a general who would lead the troop in the battle (Bihar poll),” said Sinha, who represents Patna Saheb seat in Lok Sabha.

Sinha, who has been BJP star campaigner for long, however, made it clear that he was not in the race for the CM post. “I have no demand, no command and no wish,” Sinha, popularly known as Bihari Babu, said.

“I feel sad when people asks if BJP is in ‘catch 22’ situation on CM candidate issue as it could not name a person out of fear that many others would get angry and has no answer to rivals call to name a person who would take on Nitish Kumar in the coming state poll,” he said.

“Going under a captain who has good image, mass leader and vote catching ability in the elections is definitely advantageous,” he said, adding that he was saying so out of his love and commitment for the party.

Asked if senior state BJP leader Sushil Kumar Modi considered as front runner for the CM post from saffron party fits in the role, he said Sushil Modi was a “nice man and a committed partyman.”

But, there are many others who were equally capable for the CM post like him, Sinha, who served as Cabinet minister in NDA government of Atal Bihari Vajpayee, said.

Asked to name them, Sinha avoided saying, “I do not want to create more mess in the party.” Sinha, who joined BJP in 1984 at the height of his film career and when the saffron party had only two MPs, said so far party central leadership has not demarcated a role for him in the Bihar elections suitable to his personality.

The actor-turned-BJP leader had skipped a function in his constituency Patna in April last in which party chief Amit Shah was present to express his unhappiness.

Sinha who visited RJD President Lalu Prasad’s house yesterday to greet him on his 68th birthday, said it was a social courtesy and no political meaning should be attached.

“Lalu Prasad is a personal friend of mine. He was first to express condolence when my mother had passed away a few years ago,” said Sinha, who also hails from Patna University as does Prasad.

On Chief Minister Nitish Kumar, Sinha said he has tremendous love and regards for him.