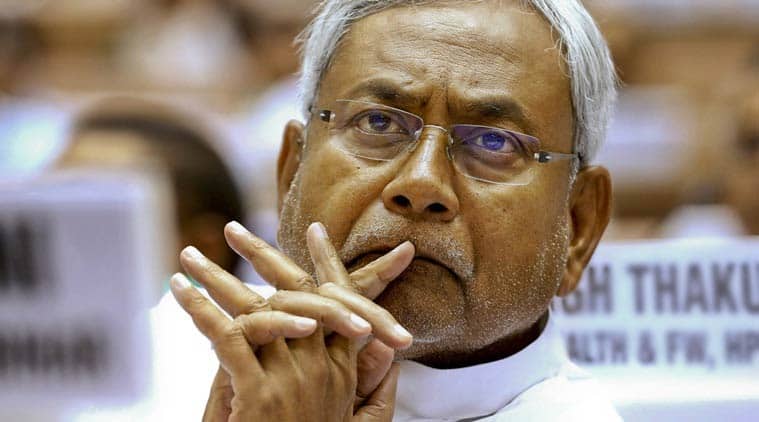 A press communiqué from the chief minister’s office said Nitish has directed chief secretary Deepak Kumar, director-general of police (DGP) K.S. Dwivedi and principal secretary, home, Amir Subhani to immediately hand over the documents related to the alleged sexual abuse of girls to the CBI.

“There has been a very abominable incident in Muzaffarpur Balika Grih and it is being investigated by the police with complete alertness. The government is determined on an impartial probe, but an atmosphere of deception is being created. To ensure that such an atmosphere of illusion doesn’t remain, chief minister Nitish Kumar has directed the chief secretary, DGP and the home department principal secretary to hand over the entire case immediately to the CBI,” the communiqué said.

The decision to hand over the case to the CBI came after the wife of an accused person – district child protection officer Ravi Kumar Raushan – alleged on Wednesday evening that social welfare minister Manju Verma’s husband, Chandeshwar Verma, used to frequent the Balika Grih at Muzaffarpur.

Nitish had asserted till Wednesday afternoon that there was no need for a CBI probe as the police were in the last stages of investigation, action was being taken and the case was about to go to court.

The Opposition had been pressing for a CBI investigation. Union home minister Rajnath Singh had on Tuesday said in the Lok Sabha that the Centre was ready to consider a CBI probe if there was a recommendation from the state government.

Of the 44 girls living at the shelter home run by a non-government organisation, Seva Sankalp Evam Vikas Samiti, 29 were found to have been raped following a medical examination conducted by a board comprising doctors of Patna Medical College and Hospital.

Also on Thursday, the investigating officer of the case, Jyoti Kumari, submitted the chargesheet in the special POCSO court headed by R.P. Tiwari. Muzaffarpur senior superintendent of police Harpreet Kaur confirmed that the chargesheet had been filed against 10 jailed persons.

On Wednesday, two separate teams were sent to Delhi and Ara (Uttar Pradesh) to trace two of the four girls who had escaped from the shelter home on December 15, 2013. A station diary was lodged with the Muzaffarpur town police station the next day. However, no efforts were made then to ascertain the whereabouts of the girls.

The NGO’s proprietor, Brajesh Thakur, and nine others, who were arrested on June 2, were produced in the special POCSO court in Muzaffarpur on Thursday. The court later remanded them to judicial custody at Shaheed Khudi Ram Bose Memorial Central Jail for 14 days.

The case has gone through many twists and turns. DGP Dwivedi had said recently that an FIR was lodged with the Muzaffarpur women’s police station on May 31 this year. “Within 48 hours of registration of the FIR, the police initiated action and arrested 10 accused persons, including the chief executive of the NGO Brajesh Thakur,” Dwivedi had said.

Dwivedi had said that only one accused – Dilip Kumar Verma – was still at large.

One of the girls had told interrogators that an inmate was buried behind the water tank on the shelter home premises after she was murdered. The district authorities dug up the spot on the office premises of the NGO but no trace of skeleton was found. The soil dug out from the spot has been sent to the forensic science laboratory for examination.

In a related development, a division bench of Patna High Court comprising Justice Ravi Ranjan and Justice S. Kumar, while hearing a PIL seeking a CBI probe into the matter, on Thursday listed the matter for hearing on August 6.

Santosh Kumar, who filed the PIL, said he would appeal to the court to cover all shelter homes across the state in the probe.