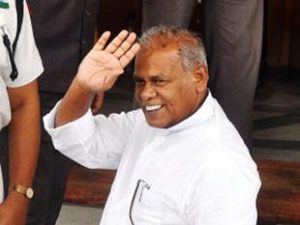 New Delhi: The Bihar government’s rigidity in not changing the format in which income certificates are given to the poor has resulted in thousands of cancer patients in the state losing out on central benefits.

The patients are not being able to avail the central scheme granting financial assistance to people below poverty line suffering from cancer.

According to the details tabled in Parliament, Bihar stood at a disappointing zero. No one from the state has been able to avail of the scheme.

Under the provisions of the scheme, while regional cancer centres have been empowered to provide Rs 1 lakh to BPL patients, for financial assistance more than that, patients need to approach the Centre.

However, the regional cancer centre at Indira Gandhi Institute of Medical Sciences (IGIMS), Patna — recognised by the Union government — could not disburse the fund to even a single patient yet.

Officials in the health ministry said interest earned from the corpus is released as revolving fund to the 27 regional cancer centres across the country. These centres are in turn empowered to disburse the funds to the needy within guidelines stipulated by the Centre. States such as Tripura, Karnataka, Assam and Himachal Pradesh have done well under the scheme.

Officials at IGIMS blamed the difference in rule between the state and the Union governments for the disadvantage to the poor in the state.

“While the income certificate provided by the state government mentions the total source of income of a person, HMCPF norms mandate that the income certificate should be in a certain format that shows money earned per day and income of other members of the family. Without these details, the central aid to poor cancer patients cannot be provided,” said a senior IGIMS official.

He added that the Centre had given Rs 10 lakh to the institute once for this purpose but that remained unspent and was returned after which the allocation under the scheme stopped.

“We had several correspondences with both the central and state governments requesting them to tweak the formats in the interest of the poor patients, but neither of them budged. As a result, we have to deny aid to those who approach us. There is a provision of providing Rs 20,000 help for cancer patients under the chief minister’s relief fund but as all forms of cancer treatment is very expensive, this amount is like a drop in the ocean,” the official said.

The cancer treatment centre at IGIMS, which has facilities like surgical oncology, cobalt therapy, brachytherapy under radiation treatment and chemotherapy, sees around 15,000 new patients every year.

According to official estimates, 85,000 new cases of cancer are detected every year in Bihar. By June 30 this year, the number has crossed 98,000 and the state stands only after Uttar Pradesh and Maharashtra in terms of cancer cases and mortality related to the disease.