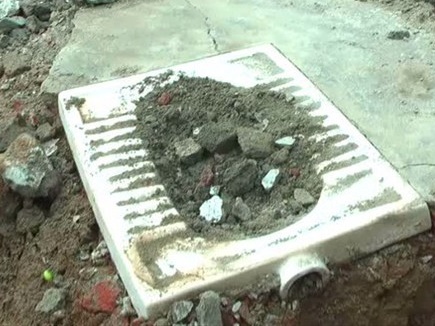 The chargesheet was filed in the special vigilance court headed by Madhukar Kumar against Shanti Devi, her father Ram Lochan Prasad, Ajay Kumar and Arun Kumar. They were associated with a non-government organisation that allegedly siphoned money meant for distribution among beneficiaries under Swachh Bharat Mission (rural) and the state’s Lohia Swakshta Yojna.

A total of 22 persons were arrested in the scam that surfaced during the tenure of former Patna district magistrate Sanjay Agarwal. An FIR was lodged with Gandhi Maidan police station here on the then district magistrate’s directive.

In another development, Sheikhpura district magistrate (DM) Yogendra Singh has ordered a probe into alleged financial irregularities in distribution of funds for constructing toilets at Khakhra village under Sheikhpura sadar block.

The order was issued after a number of residents met DM Singh on Tuesday and demanded a detailed investigation into the alleged irregularities. Residents, including Hareram Kumar, Uttam Kumar Patel, Sugreev Mahto and Birendra Prasad, said the funds were siphoned off by the officials.

According to the petition submitted to the district magistrate, the funds were allotted in 2015 for constructing toilets, but the money was fraudulently withdrawn the next year. The petitioners have alleged that at least 13 beneficiaries of the village have been deprived of money.