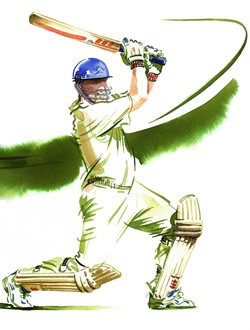 The Cricket Association of Bihar (CAB) today moved the Supreme Court seeking initiation of contempt proceedings against some office-bearers of BCCI for not complying with its order allowing Bihar to participate in Ranji Trophy and other national championships.

“We have already passed the order in the main BCCI matter. We will see to it later,” the bench said when the counsel for CAB sought urgent listing of the contempt plea.

“It was the duty of the alleged contemnors (BCCI and office-bearers) to ensure that at least equal opportunity is given to the state of Bihar to participate in the tournaments by the BCCI,” the plea said, adding that non-inclusion of the state in the tournament and its players in the IPL auction was “deliberate and willful violation” of the apex court order of January 4.

The Supreme Court had then given a ray of hope to cricketers from Bihar, who could not play national-level tournaments for the last 17 years, by allowing the CAB to participate in Ranji Trophy and other championships this year.

The top court’s direction had come after Aditya Varma, the secretary of the CAB, had sought hearing on an interim application of the CAB by submitting that Bihar, the third most-populous state, has been treated unfairly and denied the opportunity to play Ranji and other zonal and national-level tournaments.

After the formation of Jharkhand in 2000, a dispute arose in the cricket administration of Bihar and two separate cricket associations were formed for the two states.

While the Jharkhand Cricket Association went on to become a permanent member of the BCCI, the BCA first got the affiliation from the apex cricket body and later its membership was cancelled.