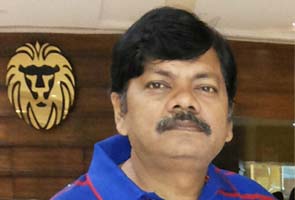 Aditya Verma, secretary of unrecognised Cricket Association of Bihar (CAB) on Tuesday made it clear that he will recuse himself from Cricket administration if his son gets selected to play for the state in the Vijay Hazare Trophy, starting September.

Verma, who has been the original petitioner in the 2013 spot-fixing case, is expected to play a major role when unified Bihar

With Bihar back in the national mix, it is expected that Lakhan will be back in his home state with an eye on first-class Cricket

“I know that there could be an issue of conflict of interest if my son Lakhan Raja plays for Bihar Obviously, if he is selected for the Vijay Hazare Trophy, I will recuse myself from Cricket administration. However if he plays for a different state, I think I can continue as an Official in my home state body,” Verma told PTI.

Lakhan is a left-handed opening batsman and part-time off-spinner, who has played club Cricket in Mumbai Verma even got his son to bowl at the CSK nets.

“Dhoni bhai allowed him to bowl at the CSK nets,” Verma informed.

Verma’s son has also played University Cricket in Kolkata (for Calcutta University) but couldn’t make it past the trials of the Bengal U-23 team as the insiders in Bengal Cricket didn’t find him good enough.

Verma is happy that his long battle has bore fruit.

“As per 4 January ruling of Supreme Court, Bihar should have played in the last edition of Vijay Hazare Trophy but for BCCI’s obstinate attitude. But I am happy that the youngsters of Bihar, including my son, will finally get to play top level competitive cricket,” Verma said.

Bihar, which has been out of competitive Cricket for almost 18 years, would start playing national level championships, including from September this year, the Supreme Court was informed on Tuesday.

The Committee Of Administrators(CoA) and the BCCI told a bench headed by Chief JusticeDipak Misra, which was hearing the plea of CAB, filed through its Secretary Aditya Verma

The plea had sought initiation of contempt proceedings against some office-bearers for not complying with its earlier order of allowing Bihar to participate in Ranji Trophy and other national championships.