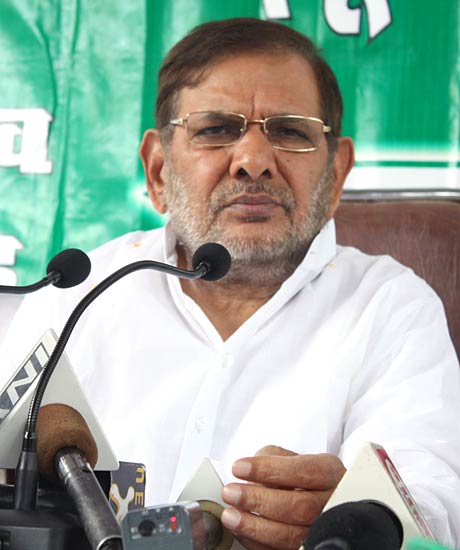 New Delhi: Rebel Janata Dal (United) leader Sharad Yadav is all set to launch a new political party in the capital on 18 May. The senior politician is set to call a meeting of his supporters on18 May at Delhi’s Talkatora Stadium to make the formal announcement of his new party.

“We will be inviting our supporters from different parts of the country on 18 May to come together for the formal party launch,” a leader close to Yadav told ThePrint.

Yadav had spoken out several times against JD(U) chief and Bihar CM Nitish Kumar for breaking away from the grand alliance and re-aligning with the BJP in July last year. Nitish then suspended 21 leaders close to Yadav in August, but the senior leader was left untouched. Only after Yadav attended the opposition rally called by Lalu Prasad in Patna on 27 August that the party decided to seek his suspension as one of its Rajya Sabha MPs.

On 25 August, Yadav and his supporters had approached the EC, claiming that his faction was the ‘real’ JD(U), and that its election symbol, the arrow, should be allotted to him. The application was rejected by the EC in September.

Currently, Yadav is discussing a merger with some small socialist parties in UP and Bihar — the likes of the Samajwadi Janata Party formed by ex-PM Chandra Shekhar which is currently being run by Kamal Morarka, and the Lok Dal founded by former PM Charan Singh, which is being run by his close aide Rajendra Singh’s son Sunil Singh.

“There are four to five such parties in UP and a similar number in Bihar. We are discussing with all of them to come together on one platform,” said a leader privy to the discussions.

Yadav is also planning to contest a few seats in the Karnataka assembly elections. Recently, he was in Karnataka to discuss this with the Congress. In fact, Karnataka CM Siddaramaiah met Yadav at his residence in New Delhi on 10 April.

Since his party will not officially launch before the Karnataka polls on 12 May, Yadav has chosen to throw his weight behind Lok Awam Dal, a party registered by former JD(U) leader Shambhu Sharan Srivastava. Sources say Yadav has demanded seven seats from the Congress, but his team is confident of being allowed to contest in three seats.