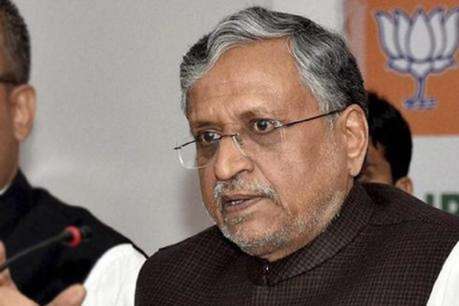 Sushil Modi also alleged that the Bihar Awami Cooperative Bank, headed by Prasad’s confidante Anwar Ahmed, was a channel through which the RJD supremo and other RJD leaders “converted their black money into white” and “obtained loans, without a guarantee, which were never repaid”.

The family’s close aide and party general secretary and MLA Bhola Yadav had said immediately after the departure of the CBI team yesterday that officials had visited Rabri Devi’s residence to “record her statements” in connection with the case.

“Now, it is clear why Rabri Devi and Tejashwi Yadav had been speaking so vociferously against Prime Minister Narendra Modi’s demonetization drive,” Sushil Modi said in a statement.

“The cooperative bank had been used as a milch cow by the entire family. They patronized the bank, in which no other leader of note except Lalu and Rabri had an account, to convert black money into white. Anwar Ahmed, who was known only for his culinary skills which earned him the sobriquet ‘kebab mantri’, was rewarded for his service by a ticket in the legislative council”, Sushil Modi alleged.

The senior BJP leader also demanded Tejashwi to “tell the people of Bihar why Rabri Devi deposited a huge amount in old notes of Rs 500 and Rs 1,000 in the cooperative bank shortly after note ban”.

Sushil Modi alleged that Lalu’s family has invested in dozens of plots of land through benami transactions made through shell companies. Payments for at least half a dozen of these were made through the Awami Cooperative Bank.

“The bank is facing probe as Rs 70.46 lakh were deposited in old currency through 41 fake accounts. Anwar Ahmed’s son Arshad Ahmed, who is one of the directors of the bank, and Supriya Chatterjee, who is the principal of a school run by them, have been arrested,” the deputy CM said.