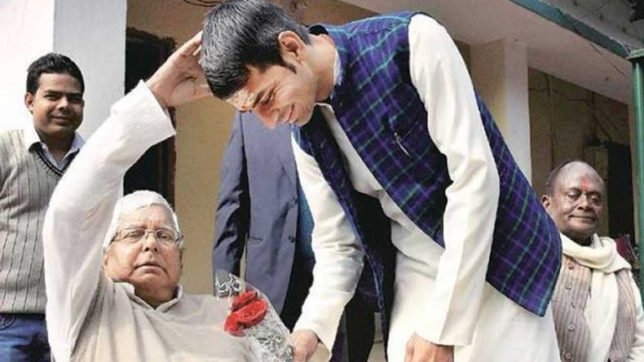 As per a report in Aaj Tak, Tej Pratap might get engaged with Aishwarya on April 18 at Maurya Hotel in Patna. The duo will reportedly take seven vows on May 12 at Bihar Veterinary College in Patna, reported Oneindia. Chandrika Rai is Bihar’s Transport Minister and his family resides in Delhi. Aishwarya completed her schooling from Bihar and higher studies from the national capital.

RJD chief Lalu Prasad Yadav and his wife, former chief minister Rabri Devi, had been hunting for a “homely, accomplished daughter-in-law” for their son Tej Pratap, Bihar’s former Health and Forests Minister. Lalu and Rabri had even announced that they would not demand any dowry. “Dahej galat baat hai. (Dowry is a wrong practice.) We will not insist on being given any dowry except, maybe, a cow,” the RJD chief had said last year.

Lalu Yadav and Rabri Devi have seven daughters and two sons. The RJD chief is currently behind bars following his conviction in four fodder scam cases.