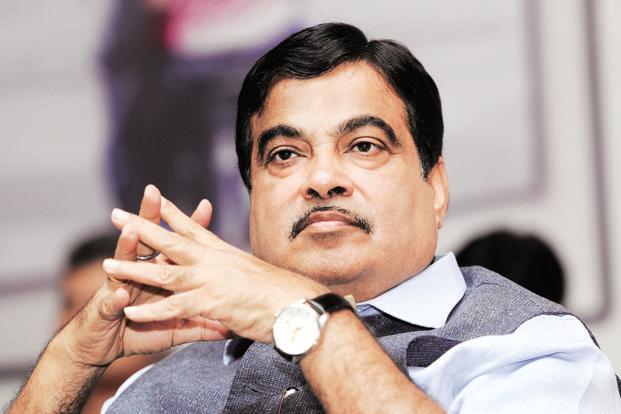 New Delhi: In what could trigger further friction between the BJP and JD(U), the Union Surface Transport Minister Nitin Gadkari has ruled out giving special status to Bihar, saying the current constitutional mechanism does not provide for it.

The provinces notified as special category can give tax holidays to companies as incentives on investments.

Bihar chief minister Nitish Kumar, who returned to the NDA fold last year, has recently renewed his demand for the special category statues for the state amidst jostling for seat sharing among alliance partners.

“The Indian Government and every department, under Prime Minister Narendra Modi has taken care of every part of India be it irrigation, road sector, IT. But special status is not a provision in the constitution. And also (if we grant it to one state) every state will ask for it.,” Gadkari told News18 in an interview.

On being reminded that BJP had supported Nitish Kumar’s demand in the past, the minister said that “earlier we were in the opposition, right now we are in ruling party”.

Earlier this year, another NDA ally, the Telugu Desam Party severed ties with the NDA accusing the BJP led government of not granting special status to Andhra Pradesh.

The state was bifurcated just ahead of the last general election and TDP chief and Andhra Pradesh chief minister has accused the Modi government of not keeping the promises made during the election campaign.

Asserting itself ahead of the general elections next year, the Janata Dal United is also planning to hold a convention in Delhi demanding special category status for Bihar.

The convention to be attended by Bihar CM and JD(U) president Nitish Kumar will also see smaller NDA allies from the state coming together in support of the demand.

The JD(U) broke away from the NDA ahead of the last Lok Sabha elections. The party joined hands with the RJD and the Congress to win the 2015 Assembly polls, but returned to NDA fold once again last year.

The renewed friction within the NDA in Bihar is also borne out of growing anxieties amongst smaller parties over seat distribution for LS polls.

The BJP and its allies, the LJP and the RSLP, won an overwhelming number of seats out of 40 up for grabs in Bihar the last time. As a major partner in Bihar now, JD(U) will be demanding a large chunk of the seats, some of which are currently held by the BJP and others.

Here are the edited excerpts from Nitin Gadkari interview to CNN-News18’s Marya Shakil:

Q: Sir, your allies are also upset with you. Nitish Kumar has raised the special status demand, TDP has walked away from NDA, Shiv Sena is also upset. Aren’t you a little worried?
Gadkari: The Indian Government, under the leadership of Narendra Modi, has taken care of every part of India. Irrigation, road sector, IT sector, but special status is not in the Constitution. If we grant it to one state, every state will ask for it then.

Q: But BJP supported it when Nitish Kumar made this demand. Your government was there in Bihar and it still is there.
Gadkari: We were in the opposition party that time, right now we’re in ruling party.

Q: So it was just a statement?
Gadkari: I will ask you one thing. Is giving special status possible? And if it’s asked by all the states and given to them, can we run the state then? Should we all make Centre stronger or weaker? The question is not about Congress BJP or any other party. The question is about the country and we need to take care of the federal government’s job.

Q: Talking about your allies, is there any big brotherly approach?
Gadkari: I feel that when we work for a long time in politics, small kind of disputes tend to happen. We are different parties. If our thoughts and work were same we would have been one party. And I feel till 2019 elections, forgetting all these talks we all shall fight together. And we will also win.

Q: Sir, you were cautious during you criticism of HD Deve Gowda, but despite that the JD(S) went on to form the government with the Congress. Let’s not forget that Rahul Gandhi called JD(S) the B team of BJP. Even after putting in efforts, JD(S) did not form the government with you?
Gadkari: Why don’t you ask this question to Rahul Gandhi? After calling JD(S) the B team of BJP, Congress had an alliance with that B team. What kind of indication is this? This kind or irresponsible and meaningless talks have just made Rahul Gandhi spoil his own image. It is playing with Congress party’s trust. All these things and immature politics are bad for Congress only.

I feel if they were our B team, would they have an alliance with them? Now, they have an alliance but the portfolio distribution has not happened so far. The government won’t be able to stay. It is only the politics of convenience; it neither Rightist or Leftist. We are not opportunists. Such alliances don’t stay for a long run.

Q: You showed desperation once. As a member of BJP Parliamentary board, do you think your strategy in Karnataka went horribly wrong?
Gadkari: The Congress and JD(S) had stated clearly that they didn’t want an alliance with each other. They had fillers saying if anything like this happens, they will leave it.

Q: Sir, fillers. Which fillers?
Gadkari: In politics, everyone plays to win; to get the position. This is a naked truth. When we realised that now it is impossible, Yeddyurappa resigned. So what is wrong in that. We were called as the big party.