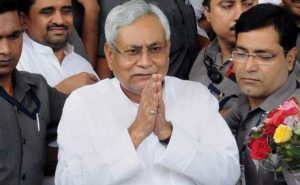 Patna: The JD(U) core committee met in Patna on Sunday ahead of a meeting of the National Democratic Alliance scheduled later this week, after which a senior party leader said Chief Minister Nitish Kumar is the face of the NDA in Bihar.

The meeting assumes significance as the BJP-led NDA, which the JD(U) joined in August last year, is scheduled to hold a meeting in Bihar on 7 June. During the NDA meeting, to be attended by Kumar, the coalition partners are likely to discuss their strategy in the state for the next Lok Sabha polls.

Asked about Kumar’s renewed demand for special status to Bihar, Varma said “the party had never given up the demand. To fight for this legitimate right of the state is the JD(U)’s commitment”.