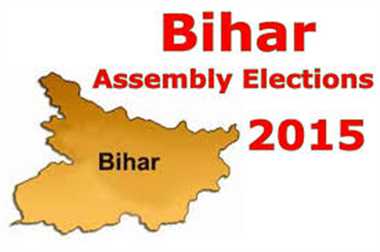 NEW DELHI: The Bihar elections this winter could be the first poll where NRIs cast their votes semi-electronically from foreign shores, if the Representation of People’s Act (RPA), 1951 is amended in time. The Election Commission (EC) is keen that the process start at the earliest.

Highly-placed EC sources said a system for NRIs casting their votes without physically being present at polling stations had been finalized and could be used for the Bihar polls.Chief election commissioner Nasim Zaidi was in the process of further improving it for subsequent elections, sources said.

“The ‘one-way electronic postal ballot system’ is ready for being implemented. Under this, a password will be e-mailed to NRI voters. Using that, they will unlock and download the ballot paper and envelope from a site. The voter will put a cross on his or her choice candidate. This paper will be then be physically sent by mail to the returning officer,” said the source.

While this process is ready, the Zaidi-led poll panel is working on improving it further to make it easier for NRIs to vote. They are examining two-way electronic voting where voters can both receive and send their ballot paper electronically to the returning officer instead of posting it physically. And, the next step will be e-voting. Both these improvisations are being examined by a committee of the EC.

It is estimated that almost 1 crore NRIs meet the twin conditions of voting — having Indian citizenship (which rules out PIOs and OCIs) and being over 18 years of age — after the 2010 amendment to the law. India had amended the RP Act that year to remove the condition that a person must be an ordinary resident of a place for at least six months to be registered as a voter there.

But even after the 2010 amendment, the condition of the person physically coming to vote remained. This led to a very lukewarm response from NRIs. As a result, barely 12,000 — out of 1 crore — NRI voters got their names registered in their polling areas.

This led to several NRIs moving SC about the deprivation of their voting rights, despite being Indian citizens. The EC then formed a panel to consider how NRIs could vote.

This panel had originally considered two ways of casting vote apart from being present in person to do so. One was proxy voting.

And the other was postal ballot system. The latter had a problem that the gap between last date of withdrawing nomination and polling day is just 14 days. In such a short time, it was not possible to send the ballot paper to the voter and then get the same back from him.

After that, the EC zeroed in on the one-way electronic postal ballot, a system which can be used for the first time by NRIs in the upcoming Bihar polls if the amendment to RPA is cleared in time.