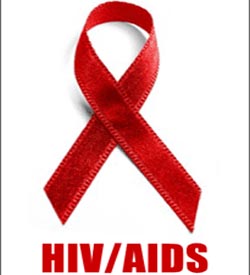 Patna: There were only two HIV positive cases in the state in 2002 and, if the state government’s stats are to be believed, their number has increased manifold with there being around 1.25 lakh people with HIV in the state.

This was pointed out by advocate Vikash Kumar Pankaj before a division bench of Justice Navin Sinha and Justice Vikash Jain on Monday while the bench was hearing a PIL filed by one Sanjit Singh on the alleged insensitive attitude of different bodies of the state and Union governments towards the dreaded disease.

Pankaj, who is the counsel for the petitioner, pointed out the ambiguity in the records of the state government, saying the Bihar State AIDS Control Society’s report suggests there are around 39,000 people in the state with HIV. This number is far less than the number given by the state government. The large gap in the two reports shows they are hardly concerned about the exact number of such persons let alone providing them proper medical facilities, he argued.

Despite the contradictions in the two reports, it can’t be ignored that the number of people with HIV was increasing every year, argued Kumar and submitted before the court newspaper reports regarding death of three HIV affected persons at Patna Medical College Hospital. These reports included a TOI report on the death of a woman at the hospital due to alleged lack of sensitivity on the part of hospital authorities.

The PIL has been filed by a person with HIV. The matter will again be heard on Thursday.