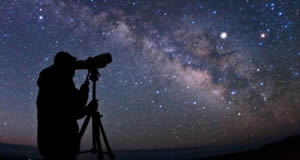 Patna: The state government has formulated an ‘Astro-Tourism Project’ to preserve and develop the historical locations associated with renowned astronomer and mathematician Aryabhata, namely Khagaul, Taregna and Taregna Top, barely 35km from Patna.Replying to a question of Neeraj Kumar (JD-U) and Harendra Prasad Pandey (BJP), science and technology minister Shahid Ali Khan informed the legislative council that the department was looking for a consultant for developing a master plan for this project. An expert team of Kolkata has also been contacted to make a blueprint of this project, he said.Under the project, a museum, research centre and observatory will be set up. These would showcase various concepts, theories and models formulated by Aryabhata. One of the locations will be equipped with facilities and latest equipments to facilitate further studies in the field of astronomy, he said.Aryabhata, incidentally, was born in Pataliputra (then Kusumpur) in AD 476, and at the age of 23 wrote his monumental work ‘Aryabhatiyam’.Taregna (meaning calculating stars) village had suddenly come alive with scientists, students and urban enthusiasts flocking it to view the total solar eclipse on July 20, 2009. In 2009, the then CM, Nitish Kumar, had announced to develop this region as an astro-tourism circuit.Light & sound show: Minister of art and culture Vinay Bihari on Friday said the government was ready to start a light and sound show on the life and times of Mahatma Gandhi at Motihari in East Champaran district. He was replying to a question of Satish Kumar (JD-U).The minister said the government had given Rs 1.50 crore in the last financial year to a registered society, headed by East Champaran DM, to protect and preserve the places associated with Gandhiji and his personal belongings. The government would be happy to provide additional amount, if required, he said.Stadiums in blocks: Sports minister Vinay Bihari said in the council the government would construct a stadium at each of the 534 block headquarters, of which 77 have been completed. Replying to a question of Ram Chandra Bharati (BJP), he said funds had been sanctioned to construct an additional 202 stadiums in block headquarters.Fake degrees: Education minister Brishen Patel on Friday said 1,000 school teachers in different parts of the state were found to have been appointed on the basis of fake degrees. He was replying to a question of Sanjay Prasad (RJD). Intervening during the minister’s reply, leader of opposition in the council Sushil Kumar Modi sought to know how many FIRs were lodged against the erring officials.