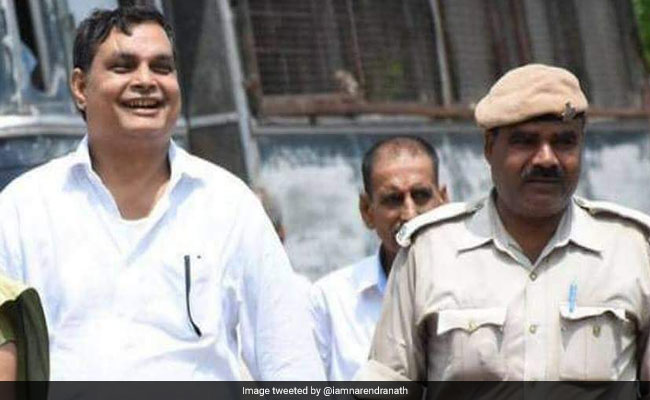 Patna: The Press Information Bureau (PIB) on Wednesday cancelled the accreditation of Brajesh Kumar, who is the prime accused in the Bihar shelter home sex scandal case.

Kumar owned a newspaper each in Hindi, English and Urdu but it is alleged that circulation figures were inflated to gain greater slice of government advertisement revenue.

In an order, PIB, which comes under the Ministry of Information and Broadcasting, said, “It has been decided with the approval of the competent authority to cancel the PIB press accreditation of card number 2275 issued to Brajesh Kumar, correspondent, Pratah Kamal Hindi daily with immediate effect in view of his involvement in alleged criminal activities.”

The PIB also asked all ministries and departments concerned to withdraw the facilities provided to him on the basis of his accreditation which include health facilities, government accommodation, railway pass and other benefits.

The Bihar government’s information and public relation department (IPRD) cancelled his press accreditation card after an FIR was lodged against him on May 31. It has began investigation on the media house to find out whether he and his colleagues ever misused facilities accorded to accredited journalists.

Kumar was allotted a government accommodation under the PIB-accredited journalist quota in a posh locality of the National Capital Region (NCR), where he had his Delhi office, officials said.

A fresh FIR was registered against Kumar yesterday following the “disappearance” of 11 women from the premises of a self-help group run by his NGO.

The probe of the shelter home sex scandal case has been taken over by the CBI and Kumar is currently in judicial custody.